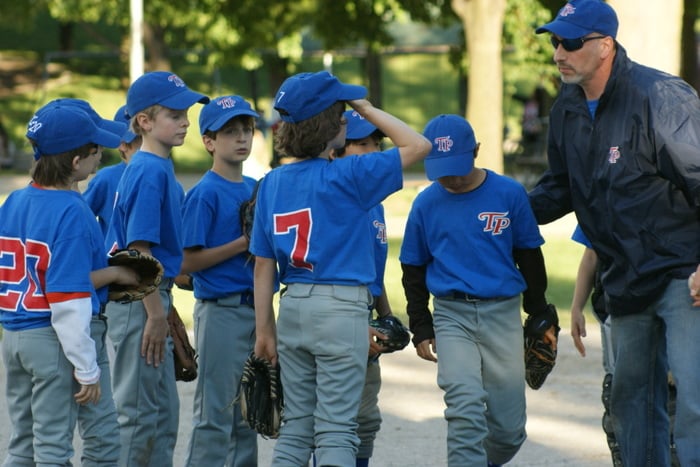 MOUND OF WALKS > It was a frustrating game for Mosquito Select Head Coach Mike Pett as he made numerous visits to the pitching mound.

“Baseball is a lot like life. It’s a day-to-day existence, full of ups and downs. You make the most of your opportunities in baseball as you do in life.”  –Ernie Harwell

In a roller coaster of a game at Christie Pits Diamond 3 this evening, Royal York 3 defeated the Toronto Playgrounds Mosquito Select team 13-11 in four innings. 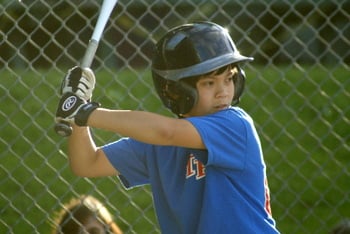 Victory was there for the taking as TP made the most of their offensive opportunities to put eleven runs on the scoreboard through a combination of nine walks and seven hits (three doubles).

However, a shaky Mosquito Selects pitching brigade and some suspect defense gave the game away. Six TP pitchers combined to issue a total of seventeen walks, seven hits (two triples), while striking out four and allowing thirteen runs.

With a 1-0 lead after the first inning, Royal York 3 made the most of their opportunities in the top of the second as they parlayed five walks and four singles into five runs.

Trailing 6-0, the Mosquito Selects offense surged to life in the bottom of the second as they engineered five walks and two hits into five runs. The key moment of the offensive charge was a clutch two run double delivered by Oliver (9) which brought Lucas (10) and John Lee (19) home to make it a one run game.

However, the Royal York 3 offense continued the pressure in the top of the third as they exercised great plate discipline and drew seven walks and rang up four more runs to increase their lead to 10-5.

With their backs against the wall, Toronto Playgrounds fought back once more in the bottom of the third. The Mosquito Selects drew four walks and four hits (two doubles) to rally for six runs and surge ahead 11-10. Key hit in the rally was a two run double delivered by Jack (27) which brought Zachary (32) and Sasha (13) homeward bound. John Lee’s (19) patience at the plate with the bases loaded drew dividends as he drew a rbi walk which brought Max (7) in with the lead run.

Hanging onto a precarious one-run lead in the top of the fourth, the Mosquito Selects could not close the door on a Royal York 3 comeback attempt as the bullpen loaded the bases. With two outs, Royal York 3’s last batter in the order delivered a bases clearing triple to put them back on top 13-11.

In the bottom of the fifth, Royal York 3 closer Evan (67) punched out Toronto Playgrounds in 1-2-3 fashion as he struck out the side to earn the save and close out the win.