TAKING NO PRISONERS, TORONTO PLAYGROUNDS WAS FIRING ON ALL CYLINDERS AT PELMO PARK TO WIN THEIR EBA WEST SELECT LOOP SEASON OPENER 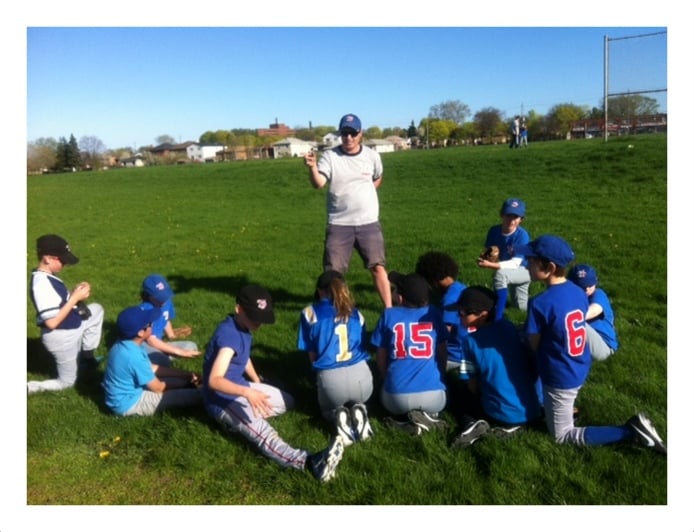 In a pre-game meeting, TP Mosquito Select Head Coach Bill Evans motivates his team to an 18-8 victory over Weston at Pelmo Park.

Game Report composed with file and picture from Reagan Maude

It was a supercalifragilisticexpialidocious effort by the Mosquito Selects (1-0) as they were firing on all cylinders both offensively and defensively on the diamond.

The Mosquito Selects play their next game on Mother’s Day against Royal York 2 in their home opener at Christie Pits Diamond 2 next Sunday, May 12 at 6:00 p.m.