IN A WELL PLAYED GAME BY BOTH TEAMS, THE LIZZIES PREVAIL OVER THE O’s AT CHRISTIE PITS 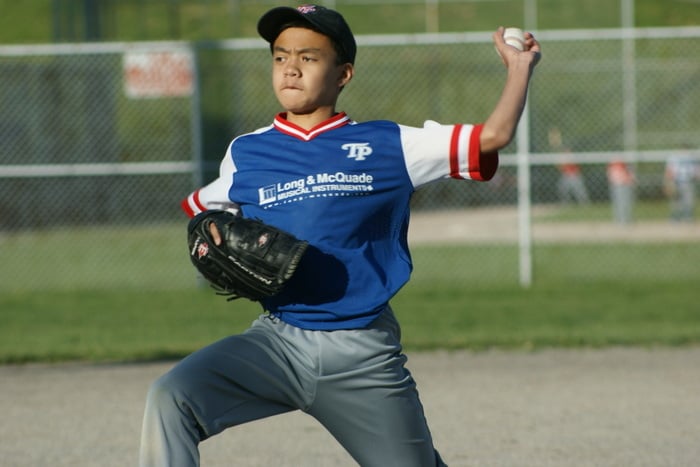 LIGHTS OUT > Lizzies southpaw pitcher John Eric (2) threw two stellar innings against the Orioles with four K’s in picking up the save.

Playing under the lights on a warm evening at Christie Pits Diamond 2, the Lizzies prevailed over the Orioles 6-4 in a scintillating 3 ½ inning Peewee Division showdown. 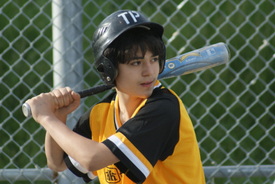 Joseph (5) powered a 2 RBI double in the second inning for the Orioles.

In a tight affair, the Lizzies played their best game of the season as they used a combination of opportune offense and solid pitching and defense to triumph over the O’s.

Lizzies starter John Eric (2) pitched a scoreless top of the first by striking out two O’s and picking a runner off first with a nice tag by first baseman Jack (7). The Orioles offensive highlight was delivered by Lukas (10), who laced a shoulder-high fastball to centre field, then stole second and third but was stranded to the start the game.

The Lizzies took a 2-0 lead in the bottom half of the first with Jack cashing in Noel (14) with a double and Maxwell (13) getting a RBI single.

In the top of the second, the Orioles answered back with four runs to take a 4-2 lead. The big hit in the inning was delivered by O’s lead-off hitter Joseph (5), who hit a scorching double over second base, driving in two. 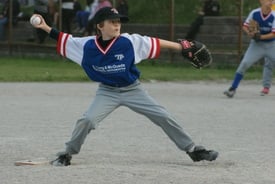 Making his Peewee Division pitching debut, Orioles reliever Michael the “Iceman” (3) set down the Lizzies 1-2-3 in the bottom of the second with a strikeout, a pop-out and a ground ball.

Lizzies reliever Maxwell (13) pitched a scoreless top of the third (to pick up the win) with two strikeouts (one reaching base on dropped third strike) and helped out by a nice double play on a fly ball to Jack who caught a wayward Oriole wandering off second base with a quick throw to an alert Marcus (8).

The Lizzies bats surged to life in the bottom of the third as they scored four against some tough Orioles pitching to retake the lead 6-4. Keying the Go Go Lizzies offense was leadoff single by Noel, a towering triple by Marcus, Jack’s second double of the night, Maxwell’s second RBI single and Cormac’s (4)inning ending single.

Protecting a two run lead, Lizzies closer John Eric was impressive in picking up the save as he set down the O’s in 1-2-3 fashion in top of the fourth with two strikeouts and a final 1-3 putout to end the game.