IN A RED LETTER GAME UNDER THE LIGHTS, THE CARDS SQUEEZE BY THE BIG RED MACHINE AT CHRISTIE PITS 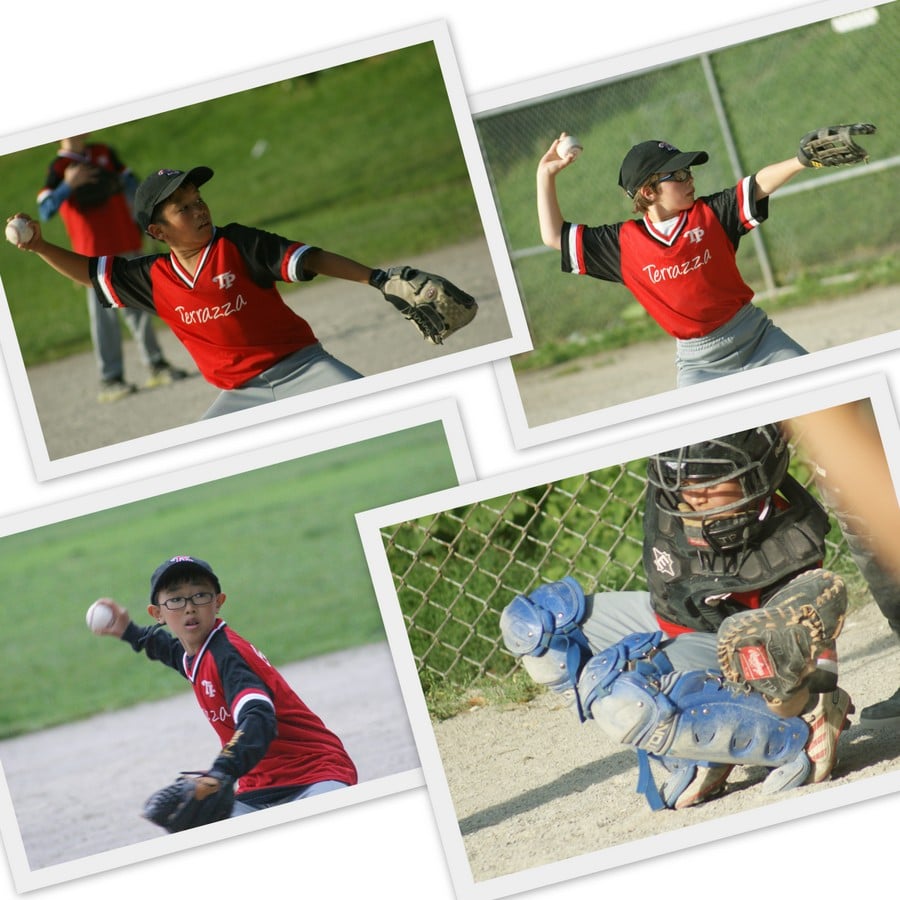 Clockwise from top left: Cardinals pitchers Francis (13) and Zenon (10) threw respective workmanlike innings against the Reds; Cards catcher Charles (8) had a solid game behind the plate; Cardinals closer Jonathan (4) threw a scoreless final inning with a strikeout to preserve his team’s one run win over the Reds.

They batted three times we went up twice