Before an enthusiastic crowd at the annual TP General Membership meeting in the lobby of the Alex Duff Building at Christie Pits this afternoon, the Toronto Playgrounds Baseball Committee announced the winners of its 2010 TP Awards in the categories of Female Participant; Male Participant and Volunteer of the Year.

Here are the winners of our 2010 awards: 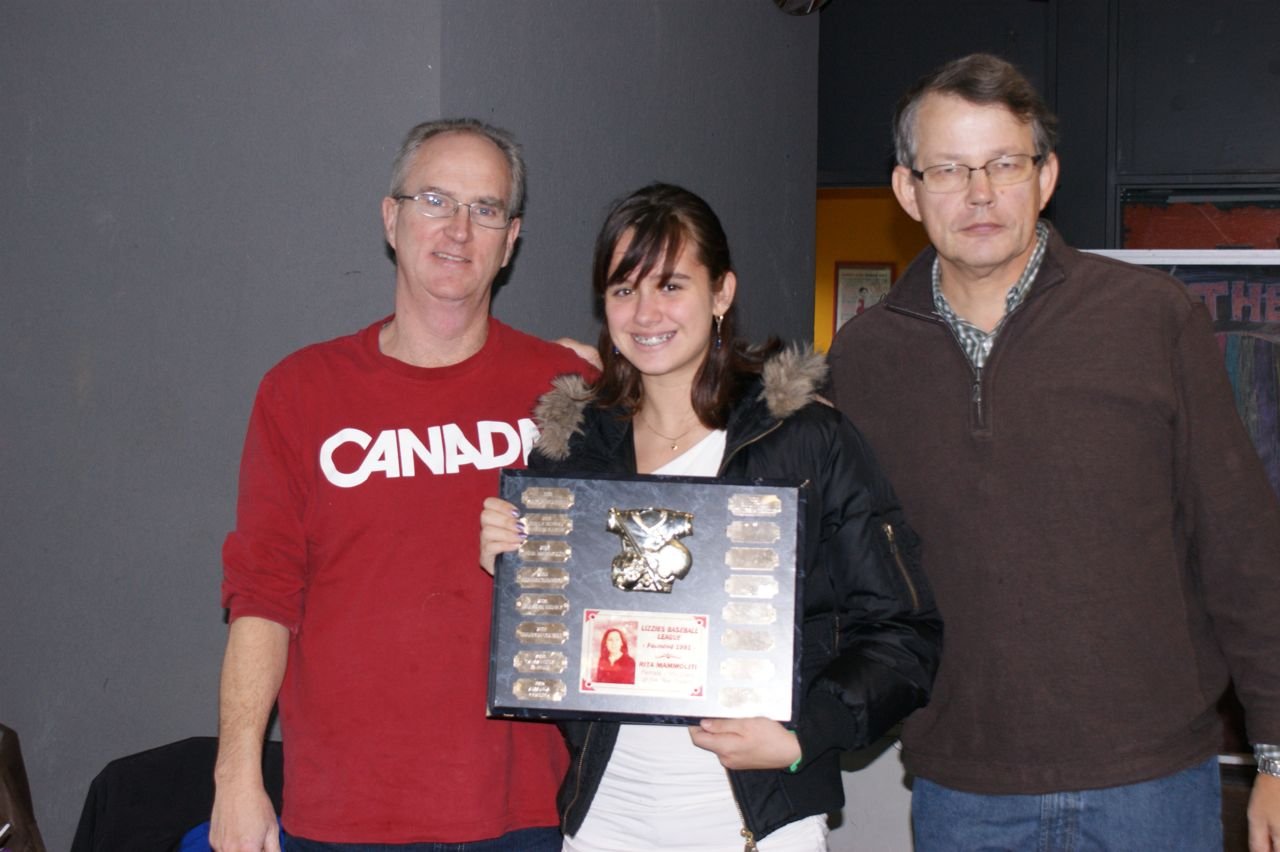 Samantha Stauber-Nichols (centre), the 2010 TP Female Participant of the Year

Samantha Stauber-Nichols has been a long time participant in the TP Baseball program. Renowned for her great attitude and enthusiam both on and off the baseball field, Samantha was a regular at the diamond in her attendance and participation. Samantha was a veritable sparkplug on the field of play and a vocal supporter of her teammates from the dugout. She even took time from her busy schedule to come down to Christie Pits to watch her brother’s games down in Mosquito Division every week. Samantha was also an eager volunteer who helped out during the Tee Ball/Rookie Ball Celebration Day preparations. 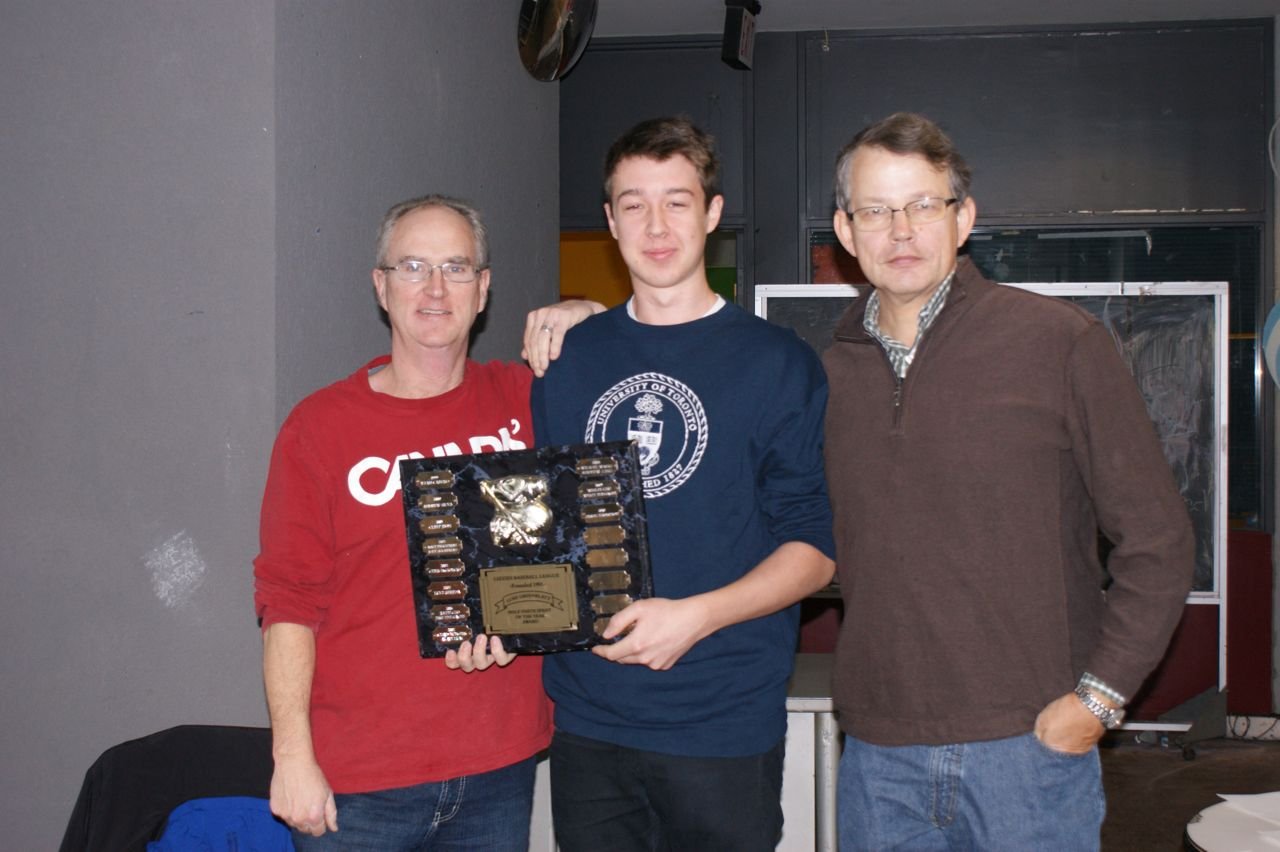 Simon Thompson (centre), the 2010 TP Male Participant of the Year

Simon Thompson has been a long time participant in the Toronto Playgrounds Baseball program. Renowned for his intelligence and calm demeanour, Simon was a popular individual both on and off the diamond. He conducted himself with an ease and grace that made him respected by his teammates, friends, family and strangers alike. Simon actively helped out the TP Baseball Program by recruiting people to play in the league and volunteering when needed to distribute uniforms. Simon has also taken the time from his busy schedule to help coach a Mosquito Division team the past couple of seasons.

Jason Lee has been one the warriors of the Toronto Playgrounds Baseball Program for many years. Jason is best known as our Chief TP Umpire Coordinator and a longstanding TP Baseball Committee Member. He is renowned for his toughness and respected for his intelligence regarding the rules of baseball. Jason has been the teacher of many young men and women who have volunteered to become umpires in our TP Baseball program. He is to be commended for his steady and firm hand in teaching young umpires the nuances of officiating a baseball game under pressure. There would be no game without the umpiring crew to call it. Working behind the scenes as a TP Baseball Committee Member, Jason has also volunteered numerous times through the years to fill in somewhere (whether umpiring, coaching or convening) when someone wasn’t there at the scheduled time of a game or practice. Jason has also used his engineering knowledge to establish the workings of the Toronto Playgrounds Baseball Website. For his efforts beyond the call of duty, Jason Lee is our 2010 TP Volunteer of the Year.