MOSQUITO SELECTS BATTLED HARD AND HELD THEIR OWN AGAINST UNDEFEATED OPPONENT 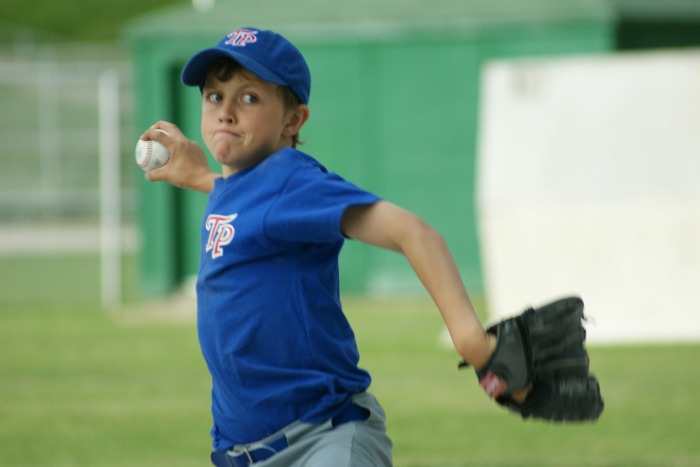 Simon (1) pitched two stellar and scoreless innings against Weston in the fifth and sixth. He also hit a triple in the sixth

In  a tough and low scoring game, Weston edged the Toronto Playgrounds Mosquito Select Team 5-3 in six innings of play at Christie Pits Diamond # 3 this evening. 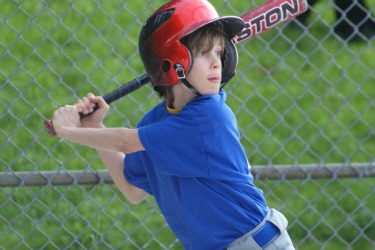 Arlo (7) hit a two run double in the third inning.

The Mosquito Selects gave a tough and undefeated opponent everything they had during the game as they held Weston’s potent offense in check for most of the game. The difference in the end was Weston’s ability to grind out a few more runs on the scoresheet and a stellar pitching staff that issued a paltry amount of walks and struck out numerous TP batters.

The final score was also reflective of  a great defensive effort by both squads. As TP Mosquito Coach Michael Godel said in a post game media scrum, “No errors were made by Toronto Playgrounds during the game and our team defense was at its best all season long in this game. But the Weston pitchers were great in walking only a few and striking out many.”

Kudos to Simon (1) who pitched two scoreless innings in the fifth and sixth against Weston to keep it a two run game and giving TP an opportunity to rally. Additionally, Simon also hit a triple in the sixth. And kudos to Arlo (7) who doubled home two runs in the third inning.