DESPITE GOING 0-3, TORONTO PLAYGROUNDS REENTRY INTO THE ROOKIE BALL SELECT LOOP LAYS IMPORTANT FOUNDATION TO BUILD ON FOR THE 2012 SEASON 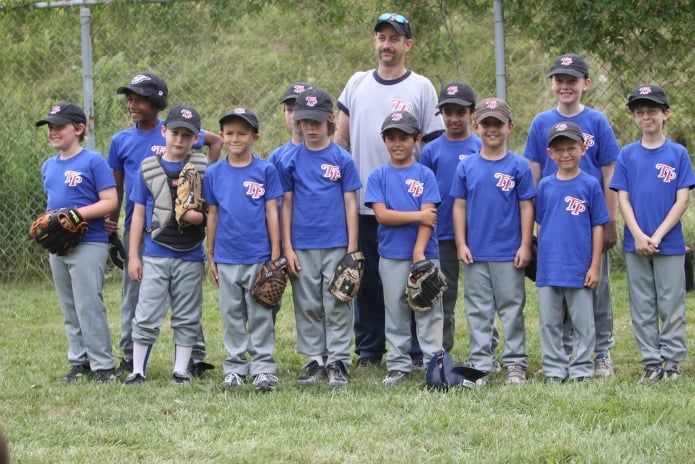 Despite finishing 0-3 in the round robin portion of the 3rd Annual Weekend To Strikeout Cancer Tournament at Wishing Well Park in Scarborough this weekend, the Toronto Playgrounds Rookie Ball Select Team made huge strides in building a foundation for the 2012 season.

In a postgame media scrum, TP Rookie Ball Select Head Coach Steve Wright said that for many of the players, parents and coaches, it was their first taste of tournament action in the Rookie Ball Select loop. Simply put, it was an enriching learning experience for everyone involved.

“Despite the 0-3 result in the round robin, I can’t express how proud I am about the effort and energy this team exhibited during the tournament.’, said Coach Wright.

According to Coach Wright, the three “J’s” on the Rookie Select squad had an excellent tournament at the plate. John (9)  was very disciplined at the dish as he collected 4 hits in 6 at bats while never striking out. Meanwhile, leadoff man Jackson (10) always made “pure contact” in his at bats while garnering several hits and never striking out.  Jasper (14) was the other TP player who muscled some hits during the three game round robin.

TP Rookie Ball Head Coach Wright was also euphoric about his “very solid” catching brigade of Lachlan (7) and Quinn (15) who displayed enormous discipline and leadership behind the plate. “They were the backbone of the team during this tournament’, he said.

Now that the Rookie Ball Selects have some tournament experience, Coach Wright is expecting great things for this team. “With several tournament games under our belts and knowing what it takes to play at this level, it will stress the point home to all the Rookie Ball Select players of the importance of learning the fundamentals that win you ball games.”, he said.

On Friday evening, in their first game of the round robin, North Toronto defeated Toronto Playgrounds 15-0 in six innings of play at Wishing Well Diamond # 3.