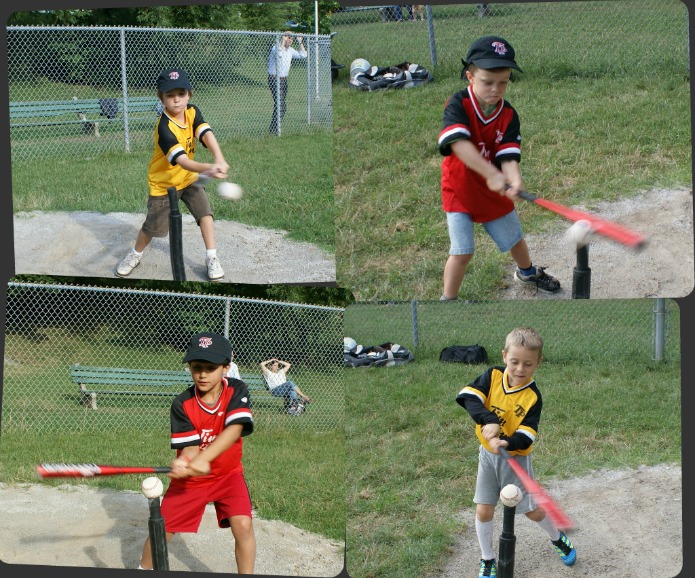 Before an enthusiastic gathering of parents and fans alike at the Bickford North Diamond, two traditional Tee Ball Division rivals took flight and had a hootenany of a game this evening.

The balls were flying everywhere off the Tee Ball tee as countless batters from the Falcons and Owls went flying down the basepaths in glee.

When the dust had finally settled, the scorekeeper announced that the Falcons and Owls had played to a well deserved tie.

And in the end, a wonderful time was had by all in attendance.