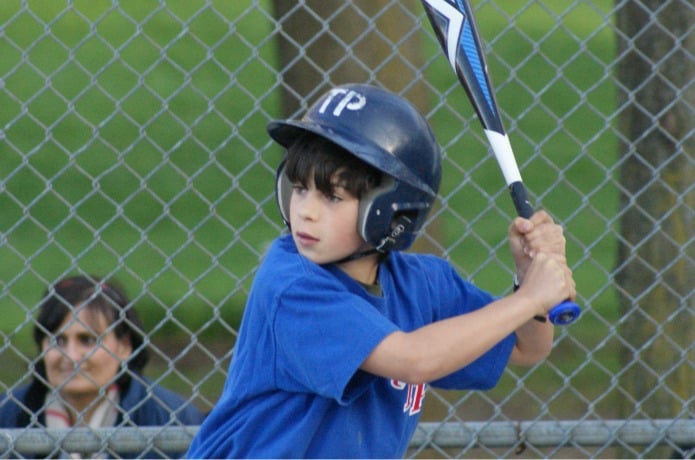 In a break from the season long script, the “cardiac squad” needed no miracle comeback effort to win this game. 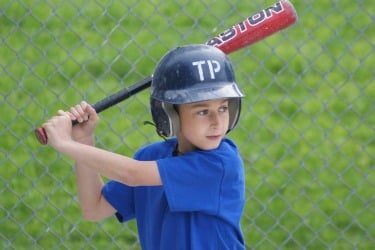 Oliver (6) chipped in with a pair of RBI singles.

The Mosquito Select offense burst to life early and scored three in first; five in the second and five more in the third. Toronto Playgrounds garnered ten hits through three innings.

Keying the TP offense was David (12) who hit TWO  2-run doubles in the game (one in the first inning and another in the third) to collect four runs batted in.

Additionally,  several other Mosquito Select players also stepped up and contributed to the offensive ledger. Oliver (6) chipped in with a pair of rbi singles. Tyler (42), John Eric (24) and Alfredo also chimed in with some crucial rbi singles to forge the lead.

While the offense put some big numbers on the scoreboard, the Toronto Playgrounds pitching crew neutralized a potent Royal York offense. Anchoring the Mosquito Selects was a stellar 2 1/3 inning pitching effort from John Eric (24) who allowed only six runs. His effort allowed TP to lead 8-6 after two innings.

David (12) relieved John Eric in the top of the third with one out and allowed no runs while striking out two Royal York batters. Sparked by his relief effort, Toronto Playgrounds scored five runs in the bottom half of the inning to take a commanding 13-6 lead.

Although Royal York rallied with five runs in the top of the fourth, Toronto Playgrounds was never seriously threatened.

TP Mosquito Select Coach Michael Godel said the victory was extremely rewarding because the team played without three of its four year veterans in the game. “The win was accomplished with three of our most experienced players absent from the lineup. Arlo (7), Ben A. (4) and Simon (1) were away on vacation. It speaks volumes of the strength and determination of this team.”, said Coach Godel.

With the victory, the Mosquito Selects are now 4-7 for the 2011 season.