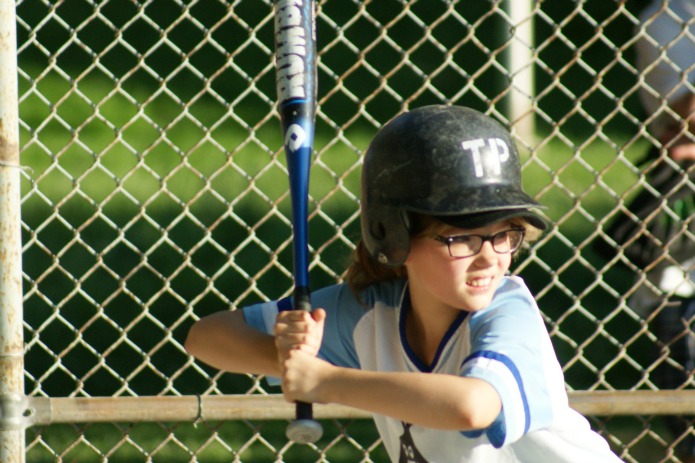 In a thrilling Mosquito Division round robin game on Diamond # 3 this evening, the Dodgers staged a dramatic four run rally in the bottom of the fourth inning to erase a three run deficit and usurp the Giants 12-11.

The Dodgers had led the Giants through three innings of play. However, in the top of the fourth, the Giants punched across five runs to take an 11-8 lead.

With their backs against the wall, the Dodgers rallied in dramatic fashion in the bottom half of the fourth.

After the Dodgers scored two runs to trail 11-9, the Dodgers proceeded to make the most of their opportunities and loaded the bases with one out.

It was at this crucial juncture that Quinn (8) delivered a clutch two run single to bring Tyler (4) and Beca (5) home with the tying and winning runs as the Dodgers dugout erupted in victorious celebration.

(after 1 of 15 Round Robin Games Played)