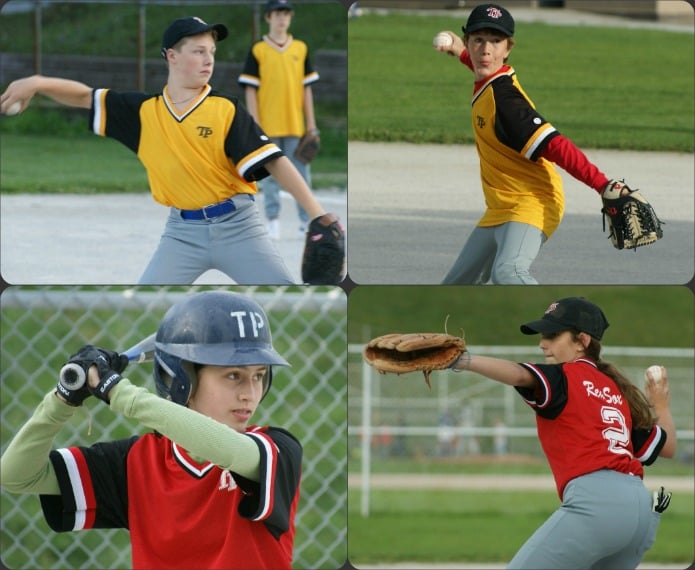 The Peewee Division round robin game between the Orioles and Red Sox was suspended after four innings this evening because the proceedings had reached the two hour time limit.

In a Twilight Zone type of game , the Orioles were leading the Red Sox 8-5 after four complete innings of play.

All Peewee round robin games must be 5 innings. The suspended game will be resumed ONLY if the outcome of that game would affect the standings and the quarter-final matchups. Thus, the rest of the five innings will be completed at the earliest possible time.

It was a slow motion sparring match between two balanced Peewee teams for most of the evening as both squads were tied 3-3 after two innings.

However, in the third inning, the Orioles took charge and scored four runs to take a 7-4 lead.

After both teams scored one run each in the fourth, the game was suspended with the O’s leading the Beantowners 8-5.

Kudos to Davey (15) of the Orioles who pitched two super innings as he allowed only two runs and struck out five Red Sox batters. His strong pitching effort in the top of the third against a potent Red Sox batting order fired up his teammates as they proceeded to score four in their half of the inning to take the lead.