TORONTO PLAYGROUNDS WAS RUNNING ON ALL CYLINDERS IN SEASON OPENING VICTORY 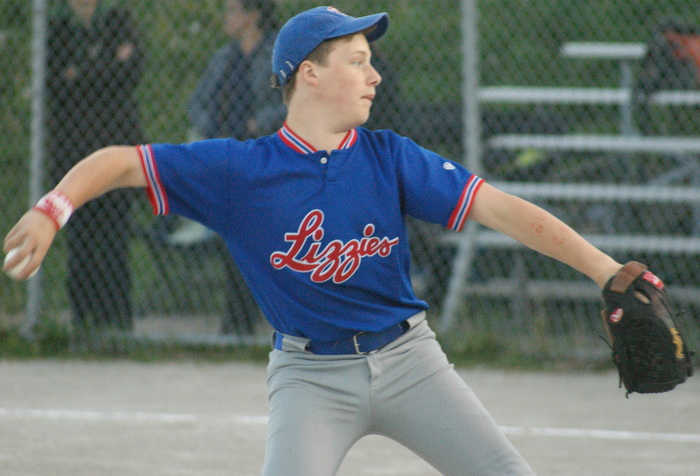 As a precursor to the Victoria Day fireworks, the Toronto Playgrounds Peewee Select Team opened their EBA season in roman candle fashion by lighting up the scoreboard with a 17-2 victory over Bloordale in five innings of play at Christie Pits Diamond 2 this evening. 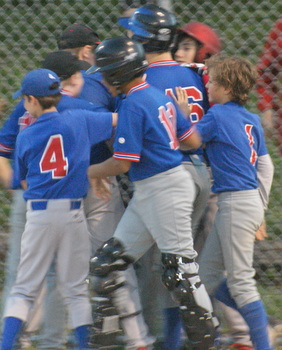 The Peewee Selects were firing on all cylinders defensively and offensively as every member of the team made a contribution to the win. Four TP pitchers combined to strikeout ten Bloordale batters, while walking only four. Meanwhile, the Peewee Select batters collected nine walks and eleven hits.

During the first two innings, Davey (16) set the tone of the game for the Peewee Selects as he struck out six Bloordale batters, allowed no hits or runs, while walking only two. In fact, he mowed down the first four batters that he faced.

While the defense held the Bloordale offense in check, Toronto Playgrounds made the most of their offensive opportunities early in the game. With two outs in the bottom of the first inning, the Peewee Selects used a disciplined approach at the plate to earn five consecutive walks to jump out to an early 2-0 lead.

In the bottom of the second, TP exploded for seven runs to take a 9-0 lead. David (12), Ben (4) and Keegan (17) delivered clutch RBI singles. Leading 7-0, the offensive fireworks was capped off by a majestic two run home run by Davey (16) to deep centre field. His homer was so powerful that it went over the centre field fence on Diamond 1 (a.k.a. Dominico Field). In jubilation, the entire Peewee Select team left the dugout to congratulate him.

TP kept their opponent off the scoreboard for four consecutive innings. In the top of the fifth, Bloordale finally broke the goose egg and scored two runs to trail 9-2. However, the Peewee Selects put the pedal to metal and scored eight more runs in their half of the fifth to seal the deal. The offensive juggernaut was highlighted by an inside the park home run to deep centre field hit by Sam (3).

The Peewee Selects (1-0) play their next game on Wednesday, May 23 against York at Smythe Park.