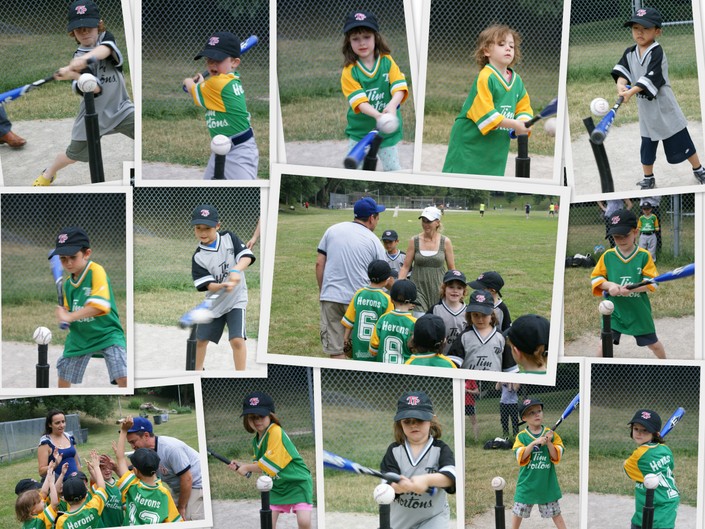 Please click on the following link to access a larger version of the July 3, 2012 Herons & Ravens Photo Collage.

Underneath cloudy skies at the Bickford North Diamond this evening, two of our ornithological Tee Ball Division rivals battled it out like a flock of seagulls zeroing in on its prey.

The game between the Herons and Ravens was an energetic two inning display of offensive roman candles that brought the capacity crowd in attendance to their feet in joyous celebration.

And after Tee Ball Umpire Steve Smith had finished reading The Raven by Edgar Allan Poe, he declared that the Herons and Ravens had played to a draw.