WITH A SIZZLING 23 HIT ATTACK, TORONTO PLAYGROUNDS PLAYED ITS BEST GAME OF THE SEASON AT PELMO PARK. IN A THRILLING BATTLE ROYALE, WESTON PREVAILED IN THE FINAL INNING FOR THE VICTORY 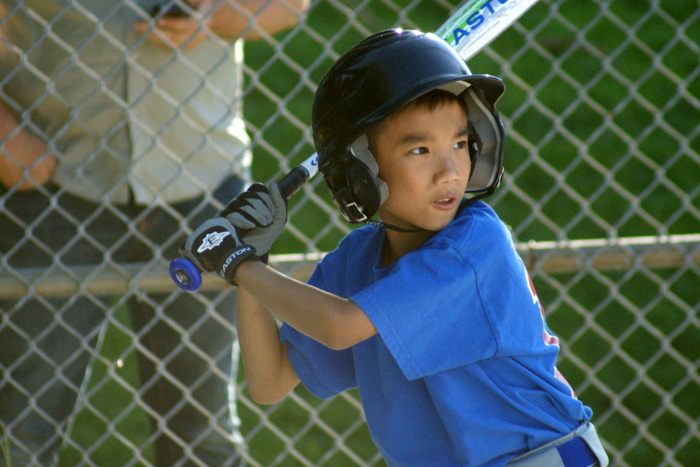 The Toronto Playgrounds Rookie Ball Select team played its gutsiest and most exciting game of the season this evening. A nail biter to the very end, the team succumbed to its first game under the lights as Weston scored late in the bottom of the sixth to win 11-10. 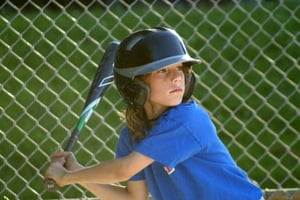 With only three games remaining on the schedule, TP showed up at Pelmo Park eager to play, and anxious to notch their first win of the season.

Louis (10) led off the game in the top of the first with a ground ball single up the middle, followed by successive hits by Lachlan (13) and Tyson (12). Louis came around to score on Tyson’s single to put the Rookie Ball Selects ahead early 1-0. With nobody out and runners on second and first, the “Mighty” Quinn (7) advanced the runners one base with a single. However, an errant running play caused Tyson to be called out at second. Lachlan scored on an RBI single from Piper (15). TP ended the first with a 2-0 lead.

In the field, TP took advantage of some fabulous pitching as the side struck out, but not before Weston plated a run.

The Rookie Selects were held scoreless in the top of the second, but Rookie call-ups Hasan and Colby showed great patience at the plate.

The Weston bats came alive in the bottom of the second as they scored five runs to take the lead 6-2. TP shortstop Tyson and first baseman Lachlan combined on a sharp 6-3 defensive gem to end the rally.

TP catcher Piper (15) was the catalyst in a superb 9-2-5 putout in the fifth inning.

TP’s bats came alive again in the top of the third with singles by Dexter (4), Nigel (20) and Louis to load the bases. Tyson played the hero as he smashed a bases clearing 3 RBI triple. The “Mighty” Quinn drove Tyson in to tie the game with a RBI single. Quinn came around to score the go ahead run on a clutch RBI double from Jinoo (2).

In the bottom of the third, the Rookie Selects played some fantastic defense to hold Weston to only one run as Louis made a stellar shoe-string catch, and shortstop Tyson and first baseman Lachlan combined again for a brilliant 6-3 putout.

No runs were scored in the fourth as both teams played well defensively. Colby had the first hit of his Select career in the inning. And, once again, Tyson once again made the putout at second base to end the bottom of the fourth.

Lachlan led off the top of the fifth with his second hit of the game. Lachlan advanced to second on Tyson’s fielder’s choice, and then came around to score on Jinoo’s single to put TP ahead 8-7.

Jinoo (2) delivered a pair of clutch hits to the TP attack against Weston.

Weston answered back with two runs in the bottom of the fifth to retake the lead 9-8. The inning ended with a fantastic defensive play by the Rookie Ball Selects. After receiving a throw to the plate from TP right fielder Oskar (6), catcher Piper made a heads up play and cooly ran the Weston baserunner back towards third. Then Piper made a nice toss to third baseman Quinn, who adroitly applied the tag on the Weston baserunner to record the third out.

Trailing by one, Piper led off the the top of the sixth with a single. Piper advanced to third on a base hit by Oskar. Hasan’s first hit of the game allowed Piper to come home with the tying run . At this juncture in the proceedings, Dexter smashed a timely RBI single to plate Oskar as TP once again took the lead 10-9.

In the bottom of the sixth, and with the Rookie Select team playing their first game under the lights, Weston were able to put two runners on base. As dusk descended and the lights flickered across the diamond, the “boys” played with their hearts on their sleeves in a concerted effort to hold on for the win. However, a gutsy Weston team battled back to tie the game, and score the winning run on a walk off double.

In a postgame media scrum, Rookie Ball Select Head Coach Bill Evans was euphoric over the overall play of his team.

The Rookie Ball Selects (0-9) play their next game on Monday, August 13 at Royal York.