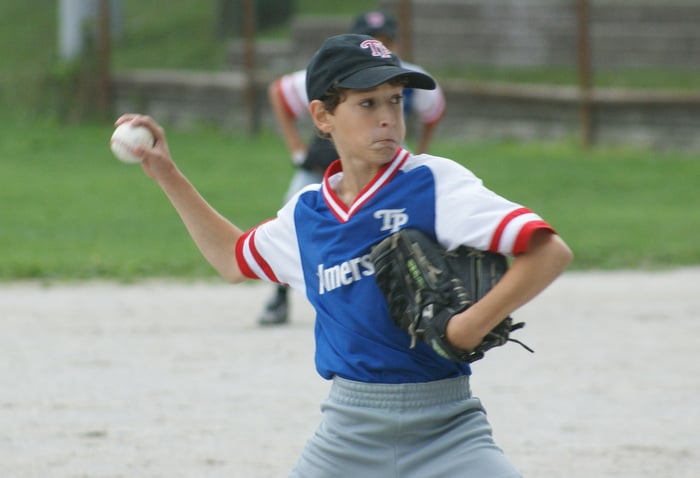 Lizzies starting pitcher Harry (6) threw two strong innings as he allowed only one run while striking out four Royals.

Beneath cloudy skies at Christie Pits Diamond 2 this evening, the Lizzies prevailed over the Royals 8-6 in four innings of Peewee Division action. 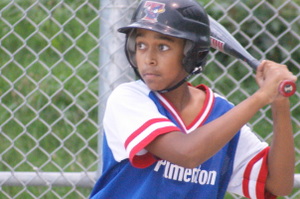 Marcus (9) of the Lizzies went 2 for 2 at the plate with a walk, while scoring three runs.

The Lizzies used a combination of solid pitching and opportune offense to earn the victory.

In the top of the first, Royals starter Evan  (12) stymied the Lizzies offense in 1-2-3 fashion, as he kept the Lizzies off the scoresheet with a one strikeout effort.

The Royals grabbed an early lead in the bottom of the first as they scored one run. With one out, Eamonn (3) walked and advanced to third on a pair of stolen bases. Eamonn blazed home with the first run of the game on a Lizzies throwing error. However, Lizzies starter Harry (6) minimized any further damage as he allowed only one run while striking out three Royals.

The Lizzies took advantage of an error, and five walks issued by the Royals, as they answered back with four runs in the top of the second to take the lead 4-1. 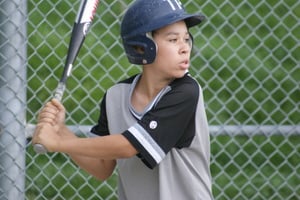 Lizzies starter Harry kept the potent Royals offense off the scoreboard in the bottom of the second with one strikeout. Harry also helped his own cause with a superb defensive double play. With no outs and Lucas (7) at second base, David (2) of the Royals hit a screaming line drive back towards the mound. However, Harry cooly snagged the scorching liner in his glove for the first out, and alertly threw the ball to shortstop Jozef (1) at second base to nab Lucas, who had left the base prematurely to record the second out.

The Lizzies seized upon four walks issued by the Royals, and added three more runs in the top of the third to widen their lead to 7-1.

The Royals took advantage of a hit batsman, and three walks as they charged back with four runs in the bottom of the third to trim the deficit to two. The Royals rally was sparked by a RBI single by Lucas and a clutch 2 RBI double by David.

In the top of the fourth, the Lizzies added an insurance run to widen the margin to 8-5. Marcus (9) led off the inning with a single, and came around to score on a pair of throwing errors by the Royals.

The Royals gamely scored one run in the bottom of the fourth to trail 8-6. With two outs, Victor delivered a RBI single to bring John (15) home. However, Lizzies closer Jayden (7) eventually closed out the win with a two strikeout effort.