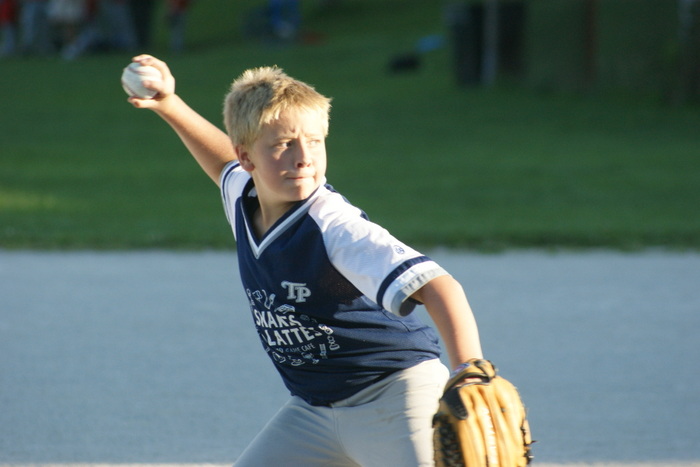 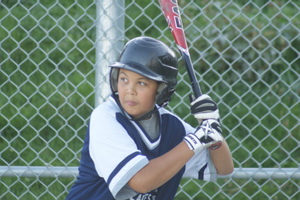 Eamonn’s (3) clutch RBI triple in the fourth propelled the Royals to victory.

On a lovely summer evening at Christie Pits Diamond 2 tonight, the Royals defeated the Orioles 8-5 in five innings of Peewee Division action.

In an entertaining and well played game by both teams, the Royals used a combination of stellar pitching, good defense, and timely offense in the latter innings to prevail over the O’s.

Orioles starting pitcher Jamie (13) kept the Royals off the scoresheet in the top of the first as he set down the Royals in 1-2-3 fashion with a strikeout. Jamie was also helped out by his teammates on a super 8-5 defensive putout, when a Royals baserunner attempted to advance to third after a steal of second.

In the bottom of the first, the O’s scored a run to take an early 1-0 lead. Jamie led off the inning with a walk and stole two bases to reach third. Leo (7) delivered a 6-3 sacrifice hit to bring Jamie home with the first run of the game. 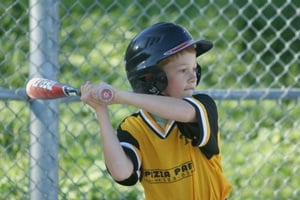 Ben (4) stroked a RBI double in the second which put the Orioles into the lead.

The Royals answered back with a run in the top of the second. Quinn (7) led off the inning with a walk. After reaching third, Quinn took advantage of an Orioles error to come zooming home with the tying run. Some great defensive work by the Orioles (two Royals baserunners were erased when they were caught stealing) allowed the O’s to end the inning without any further damage.

In the bottom of the second, the O’s made the most of their opportunities to score four runs and surge ahead 5-1. With no outs and two runners on base, Ben (4) delivered a clutch RBI double to bring Connor (12) home. After a walk to Eric (3) loaded the bases, Taraak (8) drew a walk to bring in Malcolm (14). An error by the Royals allowed Ben to come home with another run. With two out, Leo hit an RBI single to bring in the Orioles final run of the inning.

However, the Royals replied with four runs in the top of the third to tie the game again. After Keegan (2) led off the inning with a double, Patrick (4) hit a RBI single to bring him home. Victor (4) followed with a walk. Patrick motored home on a successful double steal. After Victor stole third, he was waved home after the umpire called a balk in the Orioles relief pitcher. Beca (6) walked and stole two bases to reach third. With two outs, Magnus (9) delivered a clutch RBI single to bring in Beca. 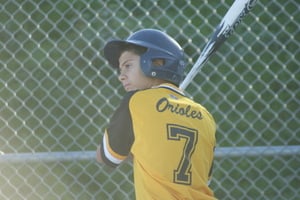 Royals reliever Magnus (9) pitched a workmanlike bottom of the third to keep the potent Orioles offense off the scoreboard. With two outs and the bases loaded, Magnus got himself out a mojo jojo jam when he stealthily threw a laser strike to first baseman Eamonn to complete a successful pickoff of a wayfaring O’s baserunner at first to record the third out of the inning.

The Royals scored three runs in the top of the fourth to take the lead 8-5. After Kristen (1) was hit by a pitch to lead off the inning, Eamonn delivered a clutch RBI triple to bring her home with the go ahead run. A subsequent wild pitch allowed Eamonn to blaze home with another run.

With two outs, Patrick drew a walk and stole two bases to reach third. Victor (11) followed with a RBI double that brought Patrick home with an insurance run.

In the bottom of the fourth, Royals reliever Magnus continued to stymie the O’s as he allowed no runs while striking out two.

Orioles reliever Noah (15) kept the Royals offense at bay in the top half of the fifth with a solid two strikeout effort. Noah was also helped out by an all star defensive play by his catcher Simon (5), who made a fiery throw to third baseman Ben, who applied the tag on a Royals baserunner attempting to steal to third record the second out.

Royals closer Victor (11) cooly closed out the game in the bottom of the fifth as he allowed no runs while striking out one. Victor was helped out by a super catch by centrefielder Patrick to record the first out.