DOWN 9-6, SASHA HITS A GRAND SLAM HOME RUN TO PROPEL THE DODGERS TO VICTORY AT DIAMOND 3 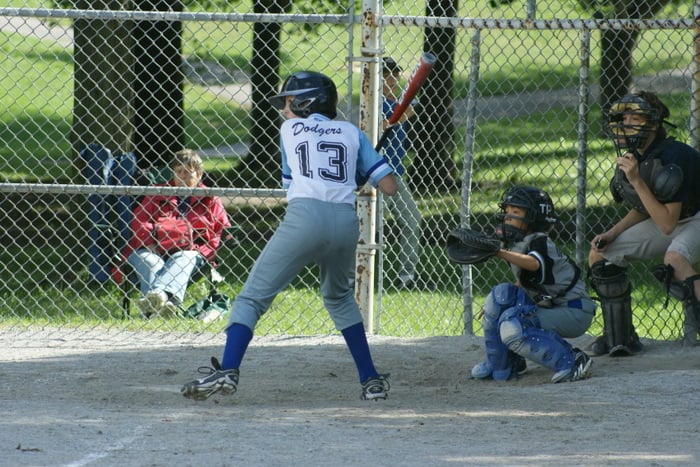 GRAND SLAM MOMENT > With the bases loaded, Sacha (13) is poised to launch a bases loaded home run over the right field fence at Christie Pits Diamond 3 that would propel the Dodgers to victory over the Giants.

Beneath bright skies this afternoon at Christie Pits, the Dodgers usurped the Giants 12-9 in a dramatic four inning Mosquito Division Round Robin game to win their second game of the tournament.

Down 9-6 after 3 ½ innings, the artful Dodgers doggedly rallied for six runs to overtake the Mighty Giants.

MOSQUITO DIVISION STANDINGS (after 8 of 15 Round Robin Games played)