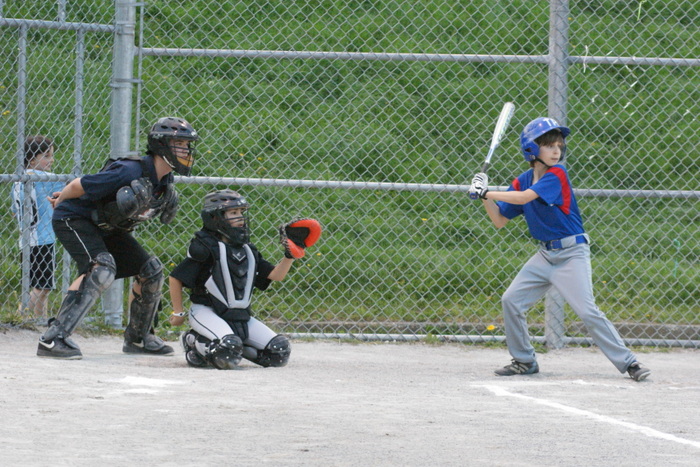 Beneath pristine skies this evening at Christie Pits Diamond 2, the Minor Peewee Selects answered the clarion call and charged back with purpose to defeat the Martingrove (1) White Sox 17-3 in a four inning EBA West Select Loop game and win their first game of the regular season. 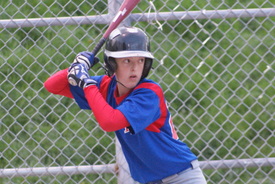 Sasha (28) powered a two-run inside the park home run to deep centre field in the fourth inning.

Trailing 3-1 after 2½ innings, Toronto Playgrounds shook off some early malaise and rallied for two runs to tie the proceedings. After Lucas (10) and Arlo (7) had respectively singled and walked to lead off the bottom of the third, both runners took advantage of an error by the Martingrove catcher to motor homeward bound.

In the top of the fourth, TP reliever Lucas (10) and his defense neutralized the White Sox offensive machine in 1-2-3 fashion to keep the game tied 3-3.

The reinvigorated Minor Peewees broke open the game in tsunami fashion in the bottom half of the fourth as they sent nineteen batters to the plate and scored fourteen runs. All eleven players in the TP lineup took advantage of three White Sox relievers to reach base on either a hit (5), walk (10), fielder’s choice (2) or error (1).

The key TP offensive highlights from the fourth inning was a clutch 2 RBI triple by Zack (32) and an inside the park two-run home run to the deep dish potion of centre field by Sasha (28). 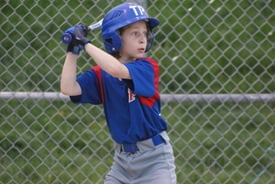 Zack (32) hit a clutch 2 RBI triple in the fourth inning.

In the top of the first, Martingrove opened the scoring to take an early 1-0 lead. However, TP starting pitcher Zack (32) struck out two to silence the White Sox offense.

Toronto Playgrounds answered back with a run to tie the proceedings in the bottom of the first. Zack zoomed home from third on a sharply hit grounder by Arlo to the Martingrove shortstop that resulted in an error.

The White Sox took advantage of some lackadaisical defensive play by the Minor Peewees in the top of the second to score two and take a 3-1 lead.

Martingrove starting pitcher Joseph (6) continued to stymie the TP offense in the bottom of the second as he struck out two to record his fifth strikeout of the game to keep the Minor Peewees off the scoresheet.

TP relief pitcher Lucas entered the game in the top of the third and kept the White Sox at bay with a scoreless one strikeout effort.