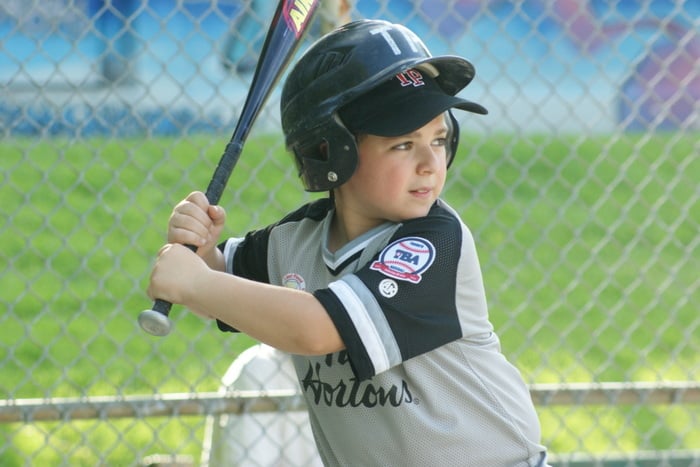 DOUBLE DOUBLE > In two plate appearances, Nicolas (8) of the Tigers stroked a pair of doubles against the Leopards.

Underneath a veneer of warm Spring skies at Christie Pits Diamond 3 this evening, the Leopards and Tigers faced off in a cat stratch fever Rookie Ball Division Season Opening battle royale of feline proportions.

The offensive fireworks from both teams continued with unabated ferocity for three innings as the capacity crowd in attendance roared its enthusiastic approval.

And when the dust had finally settled on the basepaths and catnip was dispensed to restore a modicum of order, TP Umpire Joel Scott declared that the Leopards and Tigers had played to a draw.