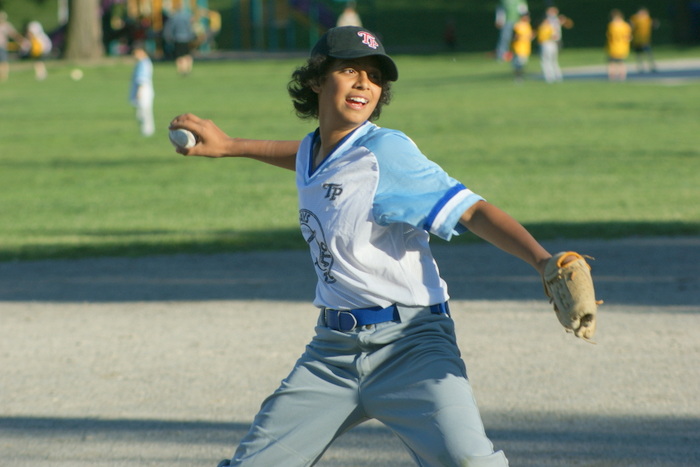 Jays reliever Nathan (12) pitched 1 1/3 innings of scoreless relief against the Lizzies to pick up the victory. Nathan also had a 2 RBI single in the first inning and scored a run in the third after being hit by a pitch. Game post to follow.

Leading 9-4, the Blue Birds had to subdue a tenacious comeback attempt by the Go Go Lizzies in the bottom of the third in order to emerge victorious. 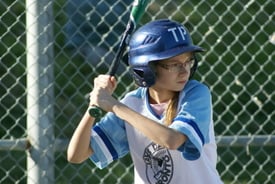 Sarah’s (2) run in the third inning would hold up as the Jays eventual winning run. Sarah had two key walks against the Lizzies with a RBI and run scored.

Refusing to wave the white flag of surrender, the Lizzies scored three runs to trim the margin to 9-7. After Noel (14) walked to lead off the inning, Jack (7) followed  with a RBI double to bring him home. Then John Eric (2) stroked a RBI single to score Noel. With two outs, Izzy (9) delivered a clutch RBI single to allow John Eric to motor home with a run.

With two Lizzies baserunners at third and second and the game on the line, Jays closer Sam (5) dug deep into his reserve tank and struck out the last batter to seal the deal on hard fought win.

In the top of the first, the Jays made the most of their opportunities and jumped out to an early 3-0 lead. With two outs and the bases loaded, Sarah (2) exercised great discipline at the plate to draw a RBI walk that allowed Christian (10) to mosey home with the first run of the game.

With the bases still juiced, Nathan (12) followed with a clutch 2 RBI single that brought Cam (8) and Jeremy (15) home.

Taking advantage of six walks issued by the Jays, the Lizzies answered back with four runs in the bottom half of the first to take the lead 4-3. 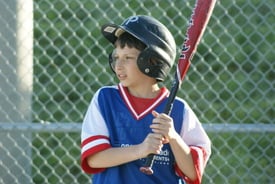 The Jays replied with two runs in the top of the second to regain the lead 5-4. With two outs and the bases loaded, Yuki (4) drew a clutch RBI walk to bring home Brywn (14) with the tying run. Christian followed with walk that brought in Karl (5) with the go ahead run.

With stellar speed and control, Jays reliever Nathan (12) pitched a scoreless bottom of the second to preserve their slender one run lead. Despite loading the bases, Nathan extricated himself with two timely strikeouts.

The Jays also helped their cause with a great defensive play in the inning. Second baseman Karl (14) made a gold glove scoop at second on a ground ball and had the wherewithal to make the pinpoint throw to an outstretched first baseman, Yuki (4), to record the first out in a close play at first.

In the top of the third, the Jays took advantage of four walks issued by the Lizzies and added four insurance runs to stretch their advantage to 9-4. Cam and Jeremy came home with the first two runs after a series of stolen bases and a Lizzies miscue.

With one out and the bases loaded, Max (11) delivered a 2 RBI single that allowed Sarah and Nathan to motor homeward bound.

And as fate would have it, the Jays would need every run they fought tooth and nail for during the proceedings to subdue the Lizzies as they headed to the bottom of the third.