DOWN 9-8, THE ROYALS RALLY IN DRAMATIC FASHION IN THE FINAL INNING TO WIN A THRILLER 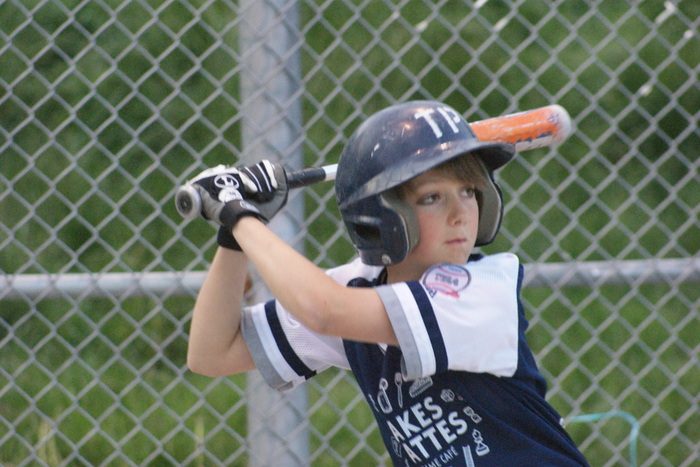 With the score tied 9-9, Owen (14) of the Royals stroked a clutch two out RBI single to deliver the winning run in the fourth inning.

Under hazy and humid skies this evening at Christie Pits Diamond 2, the Royals edged the Jays 10-9 in a nailbiting four inning Peewee Division thriller.

Trailing 9-8 in the bottom of the fourth, Zack (15) of the Royals delivered a grace under pressure game tying RBI hit to even the proceedings with the Jays.

With two outs and Zack standing at third with the winning run, Jays Head Coach Gordon MacLeod made a strategic defensive move by calling in his outfielders to play shallow for a play at either first or home.

It was at this juncture where Owen (14) of the Royals stroked a clutch ground ball hit to Jays right fielder Sarah (7). With Zack motoring home, Sarah corralled the ball and immediately threw home. In a cloud of dust at the plate, Zack just beat the throw as he slid home safely to score the Royals winning run.

In an exciting seesaw affair, the lead changed hands several times throughout the game.