PLAYING THEIR BEST GAME OF THE SEASON, THE GO GO LIZZIES RALLY FOR TWO RUNS IN THE FINAL INNING TO EARN A DRAW AGAINST THE POWERHOUSE CARDS AT CHRISTIE PITS 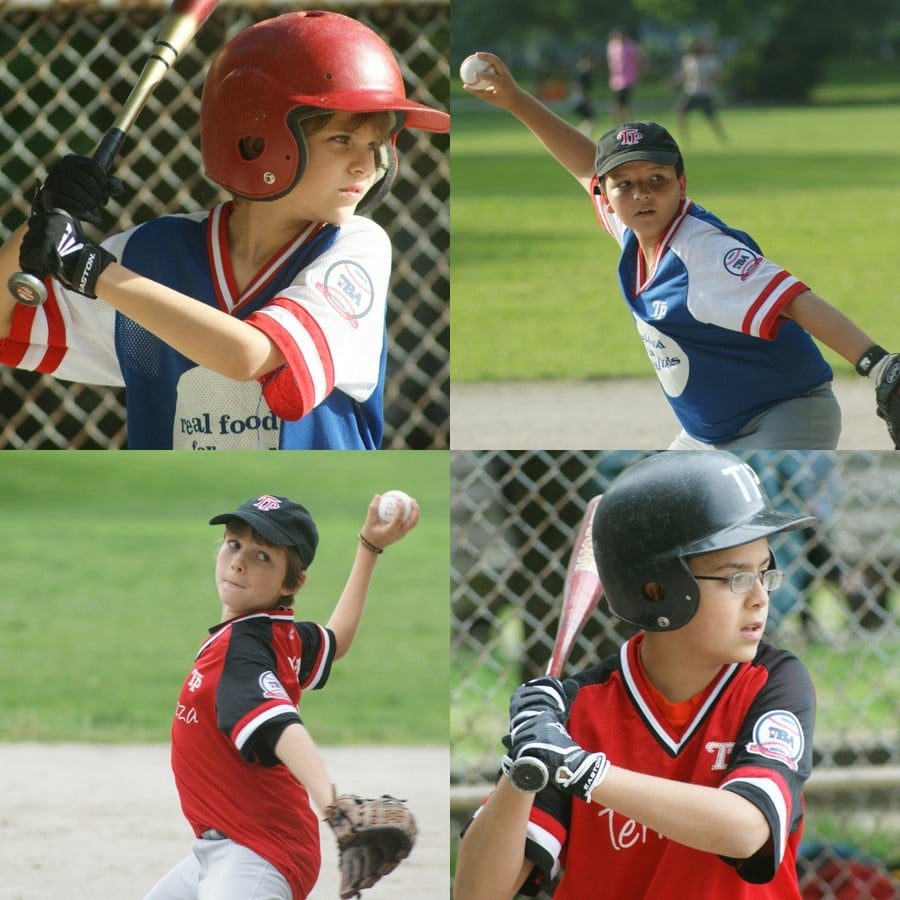 Clockwise from top left: With speed to burn, Mark (11) scored three runs for the Lizzies; Lizzies reliever Curtis (12) pitched a solid inning where he struck out three Cardinals; Thomas (14) delivered a clutch single in the third and raced around the bases to score the Cards ninth (and eventual tying) run; Cards closer Solomon (11) mowed down three Lizzies in the third to preserve the tie.

On a beautiful summer evening at Christie Pits Diamond 3, the Lizzies and Cardinals played to a 9-9 draw during three turbo charged innings of Mosquito Division action.

Trailing 9-7, the Go Go Lizzies dramatically scored two runs in the bottom of the third to tie the Red Birds.

With the game on the line, Cardinals closer Solomon (11) struck out three to extinguish the Lizzies offensive uprising and preserve the draw.