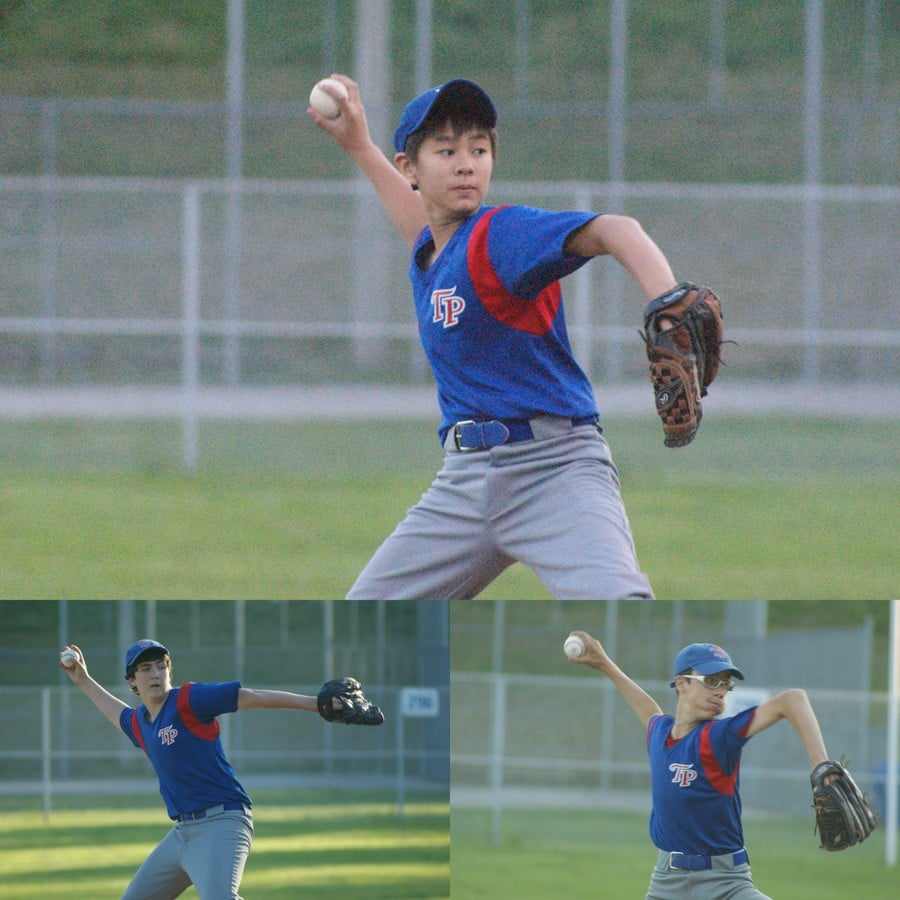 Beneath warm and sunny skies this evening at Dominico Field at Christie Pits, our TP Bantam Selects edged the Annette A’s 6-5 in 4 ½ entertaining innings of EBA West Select Loop action.

In a total team effort, Toronto Playgrounds used a combination of solid pitching, strong defense and an opportunistic offense to snap a lengthy seven game losing streak and emerge victorious in a taut seesaw battle against the A’s for their second win of the season.

With some defensive help from his teammates, TP starting pitcher Sam (13) pitched a scoreless top of the first with one strikeout to keep the A’s in check.

Annette kept TP off the scoring ledger in the bottom of the first.

The A’s jumped out to a 2-0 lead in the top of the second. However, Bantam Select starter Sam doused the Rexdale offensive thrust with a one strikeout effort.

Toronto Playgrounds answered back with authority in the bottom of the second as they exploded for four runs to take the lead 4-2. Tyler (4), Cooper (8) and Evan (7) led the charge with respective RBI singles. Sam (55) delivered a RBI sacrifice fly to close out the scoring.

In the top of the third, Annette scored a pair to tie the proceedings. However, TP reliever Cooper (8) struck out one to curtail the A’s offensive charge.

The defensive highlight of the inning was made by TP second baseman Evan when he adroitly applied the tag on a Annette baserunner attempting to steal second to record an out.

Toronto Playgrounds (2-8) scored two in the bottom of the third to retake the lead 6-4. Both Micah (9) and Eamonn (31) came motoring home from third on respective wild pitches from the Renegades pitcher.

TP reliever Cooper threw a scoreless top of the fourth with one strikeout to preserve the Bantam Selects two run lead.

The defensive gem of the inning was made by TP catcher Tyler and third baseman Micah as they combined to record an out on a rundown of  a wayfaring Sean (2) of the A’s.

Annette held TP off the scoreboard in the bottom half of the fourth.

The A’s gamely rallied for a run in the top of the fifth to trail 6-5. With the game on the line, TP closer Victor (23) pitched himself out of a bases loaded jam with three strikeouts to seal the deal and the victory.