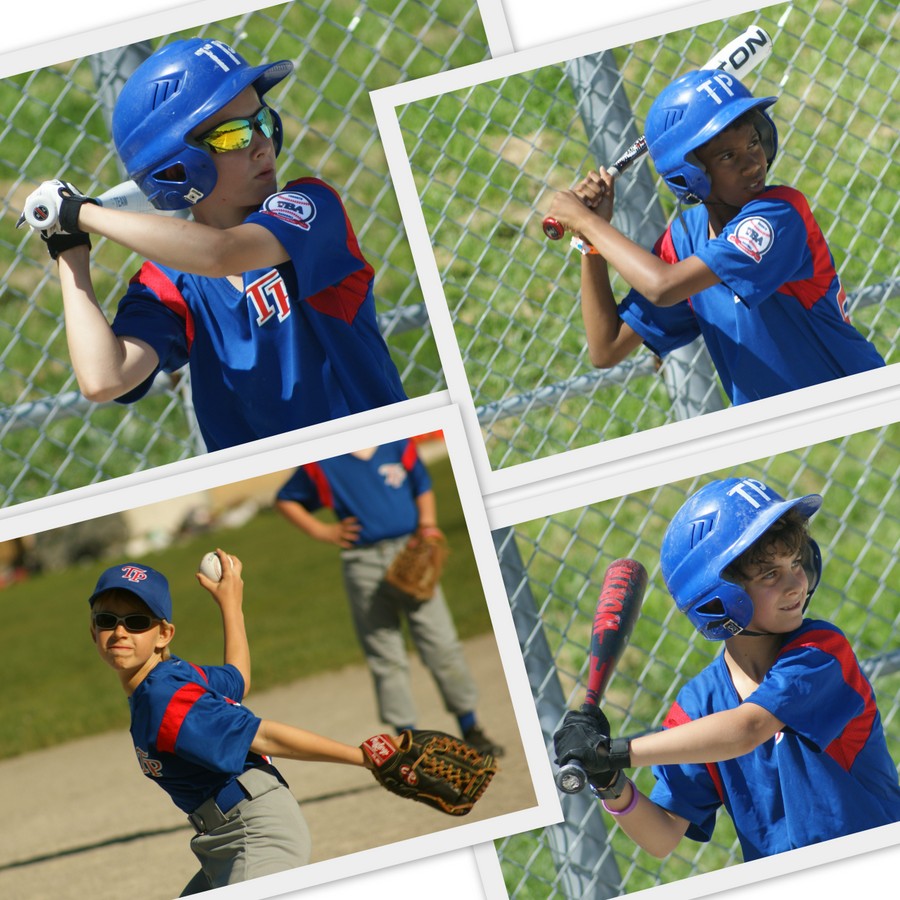 Clockwise from top left: Oliver (24) led the Mosquito Selects offensive attack with a triple and a double; Nigel (20) and Ben (4) delivered respective doubles to power the TP attack; TP reliever Louis (16) mowed down three RiverDogs during his stint on the mound.

With their hard fought victory over the RiverDogs, the Mosquito Selects improve their regular season record to 3-5 (6-6 including tournament play).

The Mosquito Selects travel to Westway Park to play the Royal York (2) Cardinals on Wednesday, July 17 at 6:00 p.m.