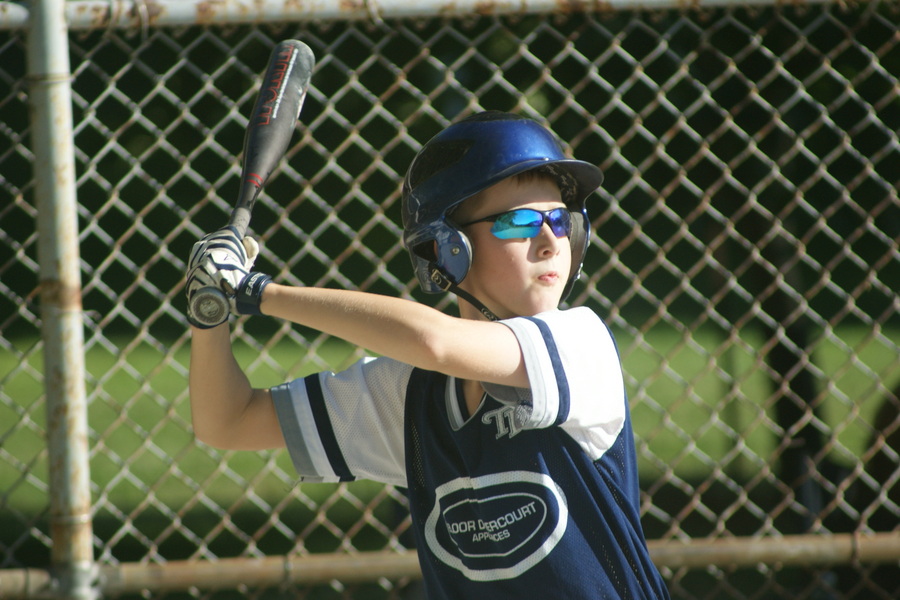 Beneath serene blue skies on a warm summer evening at Bickford Park, the Cubs edged the Giants 6-5 in a thrilling three inning Mosquito Division nailbiter. 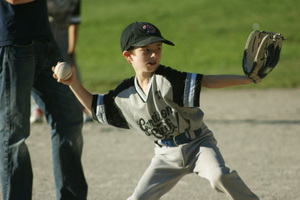 Giants reliever Emmett (11) threw a strong third inning where he allowed only two runs while striking out two Cubs. Emmett also completed an all star 7-1 putout in the inning.

In a game where runs came at a premium, the proceeding was an entertaining and closely contested affair between these two traditional division rivals.

The Cubs jumped out to an early 4-0 lead in the top of the first inning. Julien (15), Molly (5) and Aiden (10) reached base respectively with a walk, single and walk to load the bases. Alden (9) followed with a RBI single to bring home Molly with the Cubs first run of the game.

Exercising great discipline at the plate, Michael (11) and Daniel (13) drew respective RBI walks to score Molly and Aiden. Alden took advantage of an inattentive Giants defense to steal home and score the Cubs final run of the inning.

In the bottom of the first, the Mighty Giants stormed back with three runs to trim the deficit to one. Emmett (11), Taras (12) and Grady (8) drew respective walks to load the bases. Utilizing immense discipline at the dish, James (13) and Emmett drew a pair of two out RBI walks to allow Emmett and Taras to come homeward bound. A subsequent Cubs error would allow Grady to motor home from third with the third run of the inning.

In a generous gesture by the Cubs to help out a severely undermanned Giants team who were missing nine players from their house league roster due to the dog days of summer, Cubs Head Coach Joe Sala loaned them a pitcher from his team in the top of the second.

Pitching for the Giants, reliever Daniel (13) of the Cubs threw a scoreless inning with two strikeouts to keep it a 4-3 game.

Despite loading the bases on three walks, Cubs reliever Alden (9) found the groove and pitched himself out of mojo jojo jam in the bottom of the second by striking out three Giants to preserve his team’s slender one run lead.

The Cubbies widened their advantage to 6-3 in the top of the third with two runs. After Molly and Aiden led off the inning with back to back walks to put two Cubs on base, Alden followed with a two RBI single to bring them home.

However, Giants reliever Emmett (11) gamely struck out two to extinguish the Cubs uprising and keep his team within striking distance of a comeback. 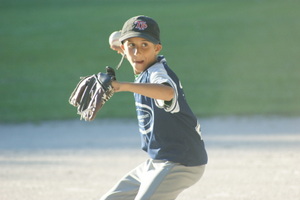 Emmett also made an all star defensive play during the third to record the first out. Positioned in between second and third, Emmett took receipt of the throw from his left fielder and deftly hustled over to tag out a wayfaring Alden of the Cubs who was trying to stretch a double into a triple to complete a 7-1 putout.

Refusing to wave the white flag of surrender, the Mighty Giants rallied with grit and determination for two runs in the bottom of the third to make it a one run game.

Leading off the inning, Taras drew a walk and eventually advanced to third. Taking advantage of a Cubbies defensive lapse, Giants Coach Deb McCrory gave Taras the signal to dash home. In a cloud of dust at the plate, Taras slid under the tag and was safe at home.

With no outs, Cooper (5) drew a walk and reached second on a Cubs wild pitch. With a signal from his Coach McCrory, Cooper came charging towards third. As he slid into the base, the throw from the Cubs catcher to his third baseman sailed high and down the third base line. Cooper picked himself up and motored home safely to make it a one run game.

The Mighty Giants offensive thrust continued as James drew a one out walk and Laine (14) hit a two out single to put two Giants on base.

With Giants at third and second and the game on the line, Cubs closer Adi (14) dug deep into his reserves and recorded his third strikeout of the inning to seal the deal and the victory.