DOWN 6-5, THE GO GO LIZZIES RALLY FOR TWO RUNS IN THE FINAL INNING TO USURP THE BUCCANEERS IN A THRILLING NAILBITER AT BICKFORD PARK 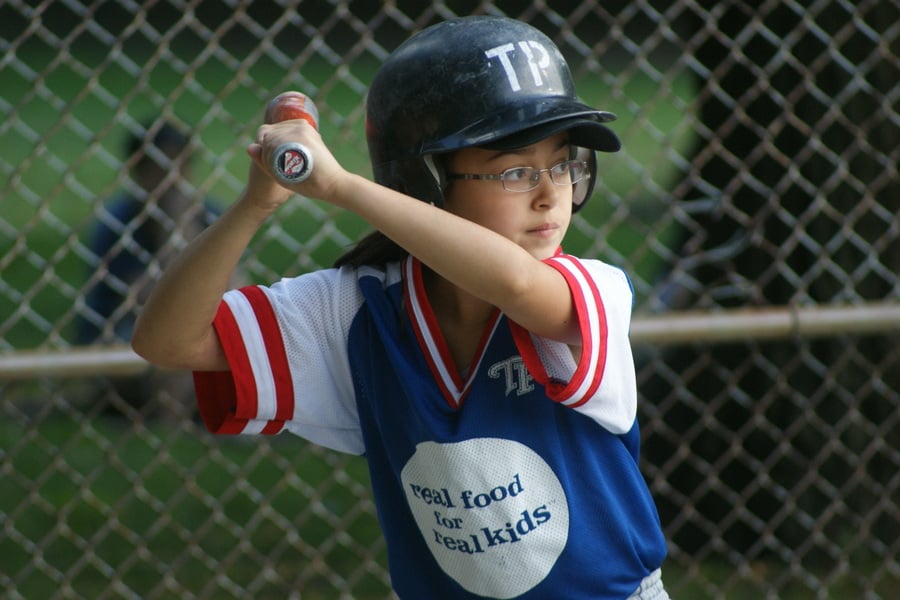 With the game tied 6-6 in the bottom of the fourth, Jasper R. (4) exercised great patience at the plate to draw a one out bases loaded RBI walk that allowed Mark (11) to sashay home from third with the Lizzies winning run over the Pirates at Bickford Park. In two plate appearances, Jasper R, walked twice and had 2 RBI’s. Jasper R. also pitched a strong third inning for the Lizzies where she allowed only two runs while striking out three Pirates.

On a serene summer evening down at the Bickford Park South Diamond, the Lizzies edged the Pirates 7-6 in a four inning Mosquito Division nailbiter. 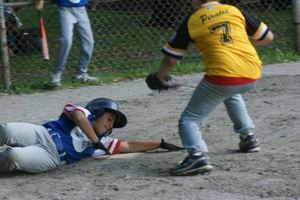 Leandro (10) slides home safely to score the Lizzies third run in the bottom of the first.

Trailing 6-5, the Go Go Lizzies rallied with aplomb in the bottom of the fourth to wrest the gold doubloons of sweet victory away from the Buccaneers.

After Curtis (12) led off the inning with a double to the nether regions of the outfield, he advanced to third on wild pitch by the Pirates. Taking advantage of a Bucs fielding error, Curtis motored home and slid under the tag in a cloud of dust at home plate to score the Lizzies tying run.

With the proceedings tied 6-6 and following Curtis’ heroics, Mark (11) [walk], Jasper DB (13) [single] and Leandro (10) [walk] proceeded to reach base. With one out and the bases loaded to the gills, Jasper R. (4) exercised great plate discipline to draw a grace under pressure one out RBI walk to allow Mark to sashay home with the Lizzies winning run.

Making hay of five walks and two hit batters, the Pirates jumped out to an early 4-0 lead in the top of the first. Andrew (10) [walk], Hayden (2) [walk], Michael (8) [hit by pitch] and James (13) [walk] contributed respective bases loaded RBI efforts to power the Bucs offensive inning.

The Lizzies doggedly rallied for three in the bottom of the third to trim the deficit to one. With one out and the bases loaded, Dean (7) drew a RBI walk to bring home Mark with the Lizzies first run of the game. After the second out, Jasper R. earned a bases loaded RBI walk which allowed Jasper DB to trot home with another score.

After the Pirates uncorked a wild pitch, Leandro boldly made a dash for home from third. In a cumulus cloud of dust at the plate, Leandro slid in safely before the throw reached the catcher at the home.

Shaken, but not stirred, Pirates starting pitcher Adam (7) struck out the next Lizzies batter to preserve his team’s one run lead.

In the top of the second, Lizzies reliever Xavier (8) threw a one strikeout inning to keep the Bucs offensive machine docked at bay and off the scoresheet.

The Lizzies also played some superb defense to quell the Buccaneer threat in the inning. With a Pirates baserunner attempting to steal second, Lizzies catcher Curtis (12) made a laser throw to second baseman Dean (7), who deftly applied the tag to complete the 2-4 putout for the first out. 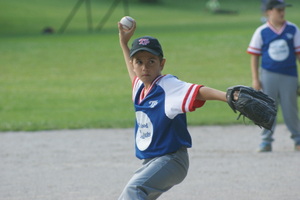 Lizzies reliever Xavier (8) struck out one to keep the Pirates off the scoreboard in the second inning.

Later, with two outs and the bases juiced with Pirates baserunners, catcher Curtis retrieved a nubbler in front of the plate and cooly stepped on home plate to record the third out on a fielder’s choice.

Pirates reliever Jackson (3) struck out three Lizzies in the bottom of the second to preserve his team’s one run advantage.

Making a bid for the mizzenmast, the Buccaneers scored two in the top of the third to extend their lead to 6-3. After Nathan (4) had led off the inning with a single, Andrew delivered him home with a RBI single. Subsequently, Andrew would score after a series of wild pitches and an error by the Lizzies.

However, Lizzies reliever Jasper R. eventually found the groove and proceeded to icily strike out three to quell the Pirates uprising. 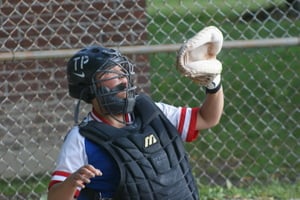 Curtis (12) played another strong all around game for the Lizzies. As catcher, he threw out a Pirates baserunner in the second. Curtis’ double in the fourth sparked the Lizzies comeback as he scored the run that tied the game 6-6.

Refusing to surrender, the Lizzies answered back with two in the bottom of the third and make it a one run game. With the bases loaded, Taylor (3) took one for the team as she received a nasty pitch off the batting helmet to receive a RBI garnering hit by pitch that allowed Leandro to trot home from third. A subsequent Pirates error would allow Dean to score from third with the bases overflowing with Lizzies.

Lizzies reliever Leandro (10) would strike out one in the top of the fourth to keep the Buccaneers off the scoreboard. The defensive highlight of the inning was a superb catch made by the pitcher himself.

With two outs and two Pirates on base, Leandro made an all star catch on a pop up near the third base line. Without any fear, Leandro sacrificed himself as he  jumped into the air and extended his body fully to corral the ball in his glove before it hit ground to record the third out. The brave defensive feat was celebrated by his teammates and fans in attendance.

Down 6-5, it was at this juncture in the bottom of the fourth where Lizzies Head Coach Paul Bagnell and his players rallied together at their dugout and awaited their moment with destiny.

BICKFORD PARK – The hard-charging Mosquito Lizzies made it three wins in a row last night with a thrilling 7-6 victory over the Pirates.

The Lizzies won in the bottom of the fourth when Jasper R. (4) drew a crucial bases-loaded walk, bringing home Mark (11)  to score the winning run.

The scrappy Lizzies have fashioned the Mosquito Division’s most remarkable turnaround story of the 2013 campaign. After losing five straight, the team is now undefeated in four and winners of their past three. The streak has been built on total team efforts and a stubborn refusal to give up when trailing their opponents. 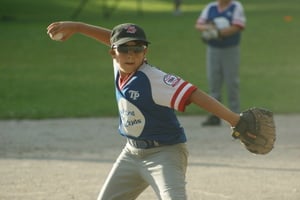 Lizzies reliever Leandro (10) pitched a scoreless fourth with two strikeouts that kept it a one run game and allowed his team to eventually rally for the win. Leandro also made an all star diving catch to record the third out in the inning.

The play of the game? That’s easy. In the top of the fourth with two strikeouts already behind him, pitcher Leandro chased an infield popup toward the third base line. He dove for it, stretching every muscle in his body and winding up flat on his belly – with the ball in his glove.

Another big defensive play came in the second inning when Curtis (12), playing catcher, fired a right-on-the-money throw to second base, where Dean (7) caught it and tagged out a Pirate runner trying to steal.

The Lizzies offensive attack was led by Curtis, who blasted a deep double, and Jasper dB (13), who smacked a single.

And the Lizzies were fast on the basepaths.  Bases were stolen by Mark, Jasper R., Taylor (3), Jasper dB, Xavier. Leandro and Dean each stole home, scoring runs that were crucial to the victory.

Many Lizzies drew walks, but three did it the hard way – by getting hit by pitches.  Taylor took a high fastball to the helmet in the third inning, and walked off to the applause of her teamates. It was the second time this year number 3 has absorbed a hard pitch, and her grit is one of the many ingredients that make this Lizzies team special.

Leandro and Jasper R. also got hit by pitches.