WITH A NAILBITING VICTORY OVER THE A’s, THE TORONTO PLAYGROUNDS MAJOR PEEWEE SELECTS FINISH WITH A 3-0 ROUND ROBIN RECORD AND ADVANCE TO SUNDAY’S TBA WEST PEEWEE SELECT LOOP PLAYOFF ELIMINATION ROUND FOR A SHOT AT THE CHAMPIONSHIP 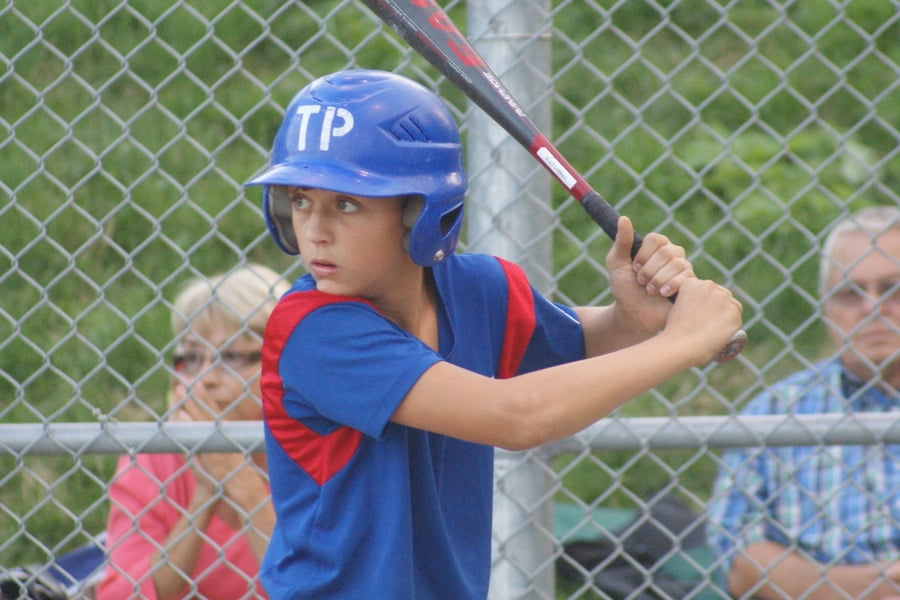 With the game tied 10-10, Simon (5) delivered a clutch bases loaded RBI single in the bottom of the fifth to bring home TP’s winning run over the Annette A’s at Millwood Park.

Under the lights on a warm evening at Millwood Park, our TP Major Peewee Selects edged the Annette A’s 11-10 in a nailbiting five inning titanic seesaw battle to finish with a perfect 3-0 record after the round robin playoff phase of the TBA West Peewee Select Loop Tournament.

With the victory, Toronto Playgrounds advances to Sunday’s final elimination playoff round for a potential shot at the TBA West Peewee Select Loop Championship.

The TBA playoffs are governed by the double knockout formula whereby a team is eliminated from the tournament after two losses.

The Major Peewees (3-0) will play in an early 9 a.m. game against Weston tomorrow (Sunday, August 11) morning at Millwood Park.

On behalf of all the members of our baseball constituency, the TP Baseball Committee wishes the Major Peewee Selects continued success and all the best in Sunday’s final playoff round.