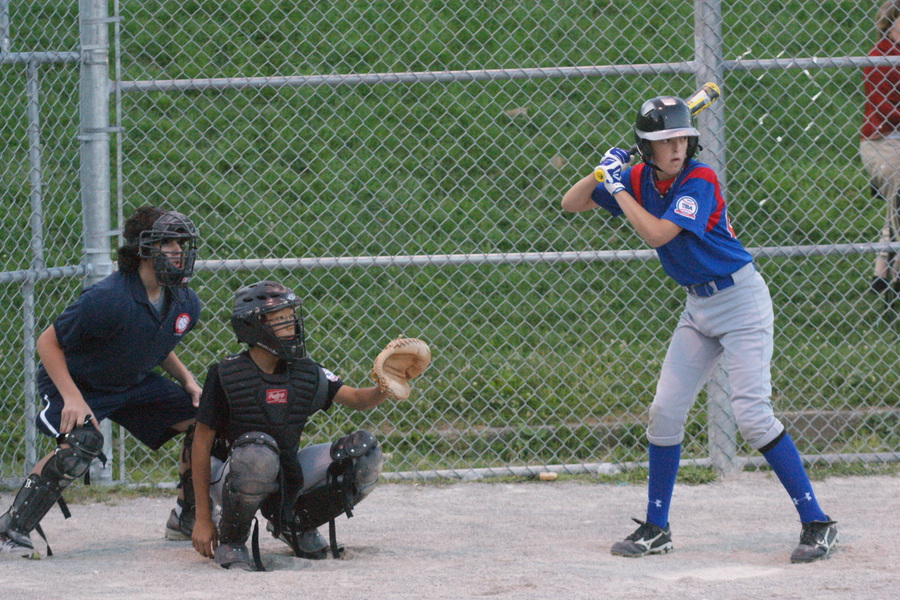 Sasha (28) at bat against the Martingrove 2 White Sox on August 5, 2013. Sasha delivered a RBI single for TP in the first inning of their TBA round robin playoff game against the White Sox at Carmen Bush Park. Also pictured: Umpire Avery Perri and Martingrove 2 catcher Jake (10).

At press time, the Minor Peewees (1-1) are currently awaiting the completion of several other round robin games to determine who their next round robin opponent will be later this afternoon.

Under the double knockout formula used at the TBA West Select Loop Peewee Championship playoffs, another loss by the Minor Peewees will eliminate them from further play.

On tap…the TP Major Peewee Selects (1-0) will battle the Martingrove (2) White Sox in a pivotal round robin game of the undefeated at Carmen Bush Park at 3:45 p.m.