LIKE A ROLLING STONE, THE 2013 TP HOUSE LEAGUE BASEBALL TOURNAMENT ROLLS ON THIS EVENING WITH FOUR MORE ROUND ROBIN GAMES AT CHRISTIE PITS 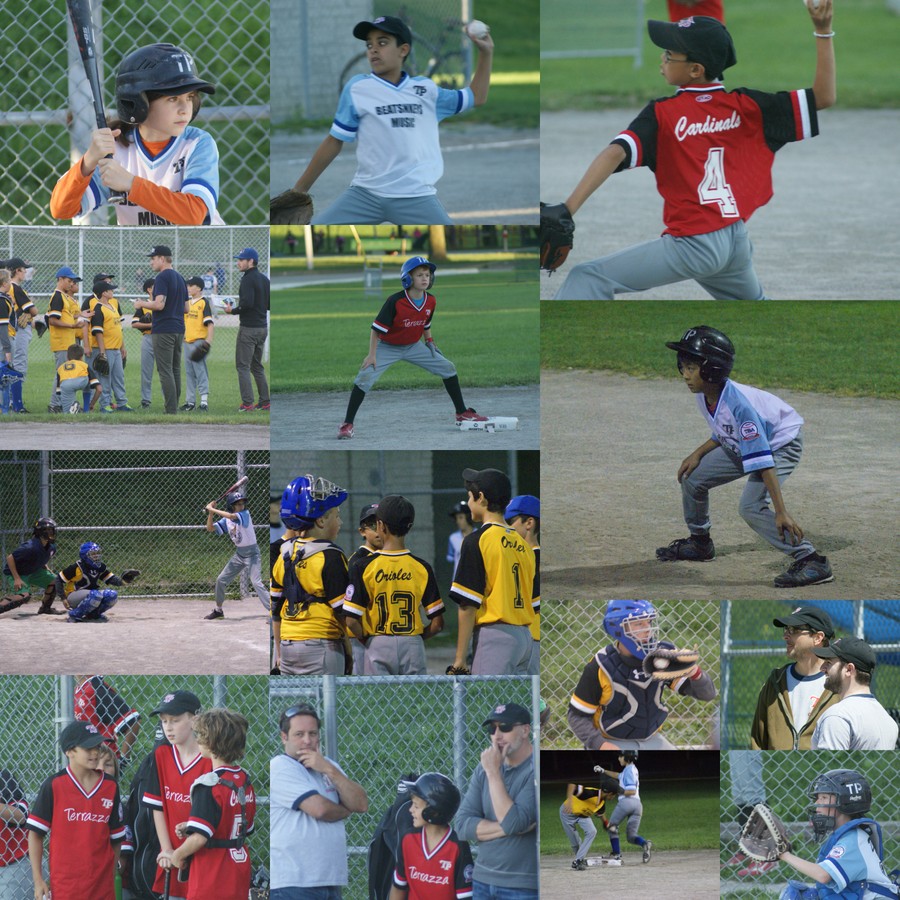 Pictures from the first day of the 2013 TP house League Baseball Tournament on Tuesday, September 3.

Taking no prisoners, ‘September Madness’ keeps on rolling this evening.

The 2013 edition of the Toronto Playgrounds House League Baseball Tournament continues this evening with four more round robin games in our Mosquito, Peewee and Bantam divisions.

Here is the tournament schedule for Wednesday, September 4:

With up to 52 games scheduled to be played within a two week span (weather permitting, of course), the annual tournament to wrap up the house league season is baseball lover’s delight with a cornucopia of games from four age divisions being played on three diamonds at Christie Pits.

Baseball every weekday evening to warm the heart. Game galore on the weekend from dawn to dusk.

And on the busy weekend of the tourney when 23 tournament games are scheduled to be played, Parents and Players can keep tabs on the tournament by visiting the TP Tournament Scoreboard at the park for the latest updated scores and standings.

There are only 47 more games to be played! Get on board the diesel engine fondly known as ”September Madness” before it’s too late!