UTILIZING EVERYTHING IN THEIR ARSENAL, THE CARDS STYMIE THE METROPOLITANS TO WIN THEIR SECOND ROUND ROBIN GAME OF THE TOURNAMENT 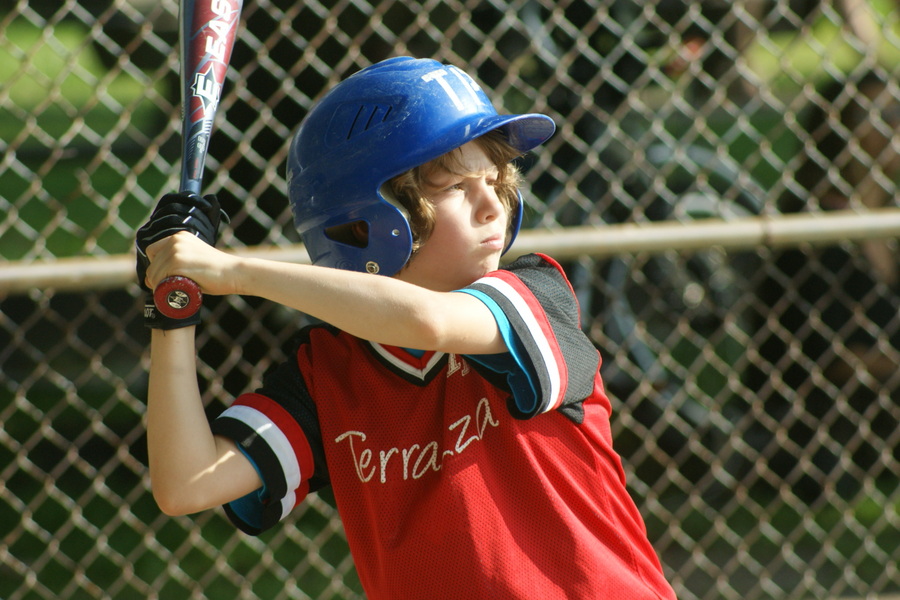 DELIVERING THE GOODS > With two outs and the bases loaded, Jake (2) delivered a clutch 2 RBI single in the bottom of the second to propel the Cardinals to a 9-4 round robin victory over the Mets at Christie Pits Diamond 3.

Beneath sunny and cool skies this evening at Christie Pits Diamond 3, the Cardinals defeated the Mets 9-4 in 3 ½ innings of Mosquito Division round robin tournament action.

In a well played affair, the Cards ultimately prevailed over the Metropolitans by using an elixir of solid pitching and an opportunistic offense to earn their second round robin victory of the tournament.

With the proceedings deadlocked at 3-3, the turning point in the game occurred in the bottom of the second. After the Cardinals had loaded the bases on three walks, Liam (15) exercised great discipline at the plate and drew an one out RBI walk that allowed Charles (8) to saunter home from third with the go ahead run.

Ahead 4-3 and with the bases still juiced, Jake (2) delivered a two out uber clutch two RBI single that allowed both Thomas (14) and Mabon (9) to motor home with the eventual winning runs for the Cards.

Subsequently, some stellar Cardinals pitching by Solomon (11) and Jonathan (4) diffused the Mets the rest of the way and the Cards never had to look back in the rear view mirror.

MOSQUITO DIVISION STANDINGS (after 6 of 16 Round Robin Games played)