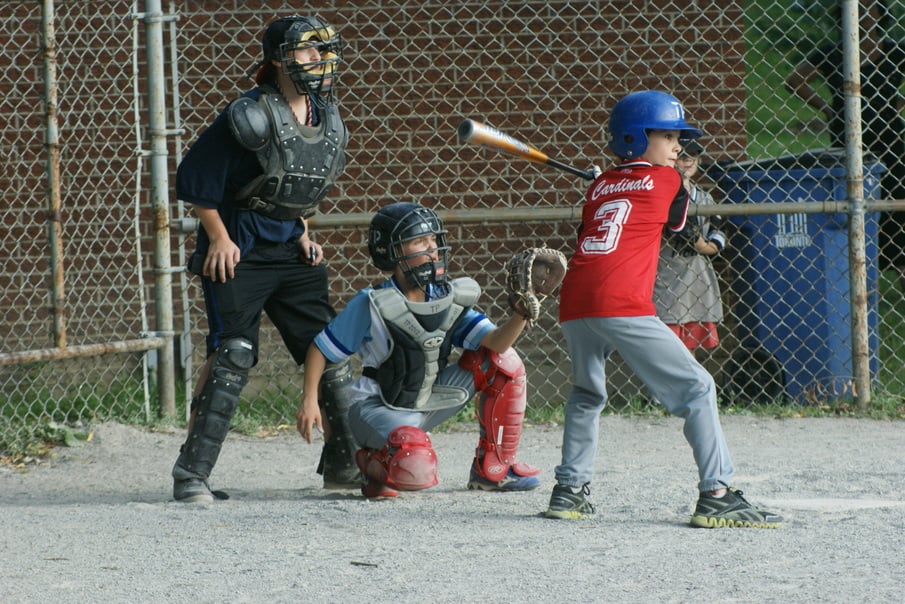 ANTICIPATION: Griff (3) of the Cardinals stands in the batter’s box and awaits his pitch as Dodgers catcher Kaden (13) looks on from behind home plate during the top of the fourth inning of their Mosquito Division game at the Bickford Park South Diamond on July 18, 2013.

If you are dropping off your registration form at the Bob Abate Community and Recreation Centre, please don’t ask the City of Toronto staff at the Bob Abate CRC any questions related to our house league baseball program. They are not involved in the operation of our league and will not be able to give you answers. Please direct any questions to [email protected] and we will respond as expeditiously as possible.

If you have any questions, please contact us at [email protected] and we will respond to your query as expeditiously as possible.