WITH A 12-8 VICTORY OVER THE ROYAL YORK (1) CARDINALS, TORONTO PLAYGROUNDS FINISHES THE ROUND ROBIN WITH A PERFECT 3-0 RECORD AND ADVANCE TO SUNDAY’S SEMI-FINAL STAGE 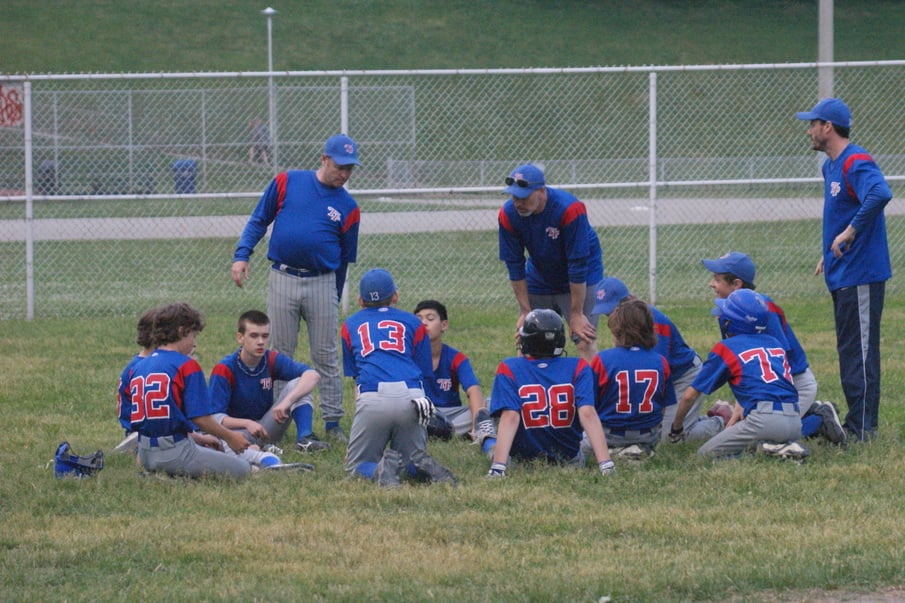 Beneath the hum of the incandescent lights shining in the tranquility of the night, our Toronto Playgrounds Major Peewee Selects defeated the Royal York (1) Cardinals in three innings at Fleetwood South tonight to win their third round robin game of the East Glen Select Tournament.

With the victory, TP finishes the round robin stage of the tournament with a perfect 3-0 record and advance to the tourney’s semi-final stage tomorrow (Sunday, June 22) with a date versus the Martingrove White Sox at 10:00 a.m.

TP starter Sacha (28) held the potent Royal York offense to a single run in the top of the first while striking out three Cardinals.

The Major Peewees answered back with three in the bottom of the first to take a 3-1 lead. Keying TP’s offensive thrust was a two RBI single by Max (17).

Sacha mowed down a pair of Cards in the top of the second to keep Royal York off the scoresheet.

The Royal York bats surged to life in the top of the third as the Cardinals rallied for seven runs to take an 8-4 lead.

However, Toronto Playgrounds replied with eight runs in the bottom half of the third to pull out an amazing come from behind victory.