TRAILING 7-6, THE CUBBIES RALLY FOR A PAIR IN THE FINAL INNING TO TOP THE ARTFUL DODGERS IN A THRILLER AT BICKFORD PARK 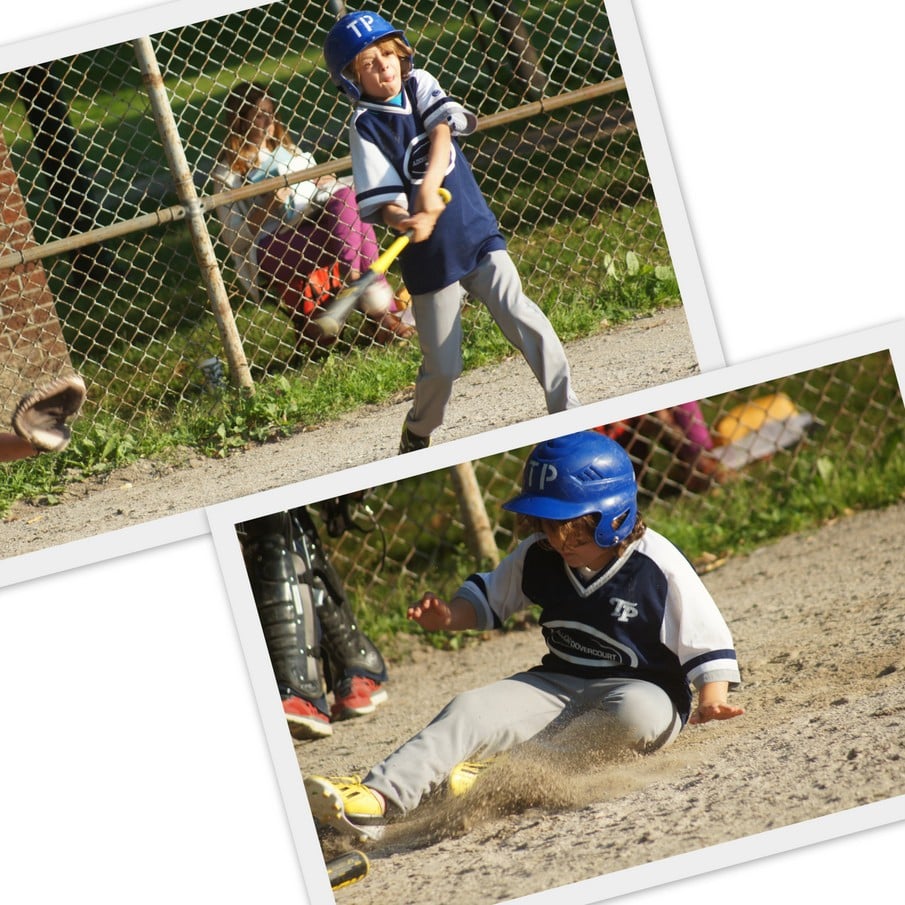 THE DELIVERY MAN > Down 7-6 and with two runners on base, Elliot (1) [top photo] delivers a clutch 2 RBI single in the bottom of the third inning that brings Shamus (9) and Michael (13) [bottom photo] home with the Cubs tying and winning runs over the Dodgers at the Bickford Park South Diamond.

Beneath a blanket of warm and sunny skies, the Cubs edged the Dodgers 8-7 in three thrilling innings of Mosquito Division action this evening at the Bickford Park South Diamond.

Trailing 7-6, Shamus (9) and Michael (13) exercised great patience at the plate to draw back to back walks to lead off the Cubs bottom half of the third.

With two runners on base, Elliot (1) stepped into the batter’s box and delivered a grace under pressure two RBI single that brought Shamus and Michael home with the Cubbies tying and winning runs over the Artful Dodgers. 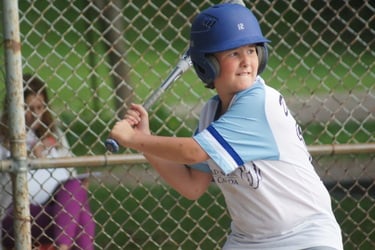 The proceeding was a close and entertaining seesaw battle between two talented and well coached teams. A total of nineteen walks were issued between both squads along with seven hits. With some generous fielding help from the Cubs, the Dodgers fielded only six players in their batting order and gave their opponents a tooth and nail battle right to the end.

The Cubs answered with three in the bottom of the fourth to trim the deficit to one. With Han (12) on base with a leadoff walk, Isaiah (10) powered a majestic two out RBI triple that brought Han home with the Cubbies first run of the game.

Exercising patience at the dish, Sasha (15) and Julian B. (4) followed with a pair of walks to load the bases. Cameron (7) and Shamus drew back to back RBI walks that brought Isaiah and Sasha home.

Shaken, but not stirred, Dodgers starter Harris (12) mowed down the next Cubs batter to leave the bases loaded and record his third strikeout of the inning.

The Dodgers replied with three in the top of the second to widen their lead to 7-3. A leadoff single by Harris and a pair of walks to PJ (2) and Avi allowed the Artful Dodgers to load the bases. With two outs, Charlie was inserted into the game as a pinch runner to replace Harris at third base. 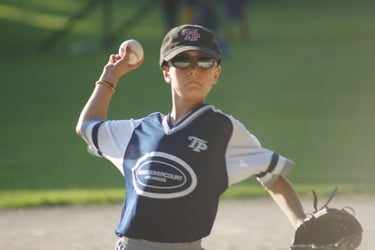 Seizing his opportunity, Charlie made a brazen dash to steal home. With dust rising into the air in a chitty bang bang play at the plate, Charlie just managed to slide under the sweeping tag of Cubs catcher Alexander (2) to score the Dodgers first run of the frame.

After a walk to Cooper reloaded the bases, Harris powered a two RBI double that allowed PJ and Avi to motor homeward.

With runners at third and second, Cubs reliever Isaiah (10) would fan the next Dodgers batter to quell the insurrection and record his third strikeout of the inning.

In the bottom of the second, the pesky Cubbies would answer back with three to trail 7-6. Elliot (1) singled and Han walked to lead off the inning and put two runners on base. Alexander followed with a clutch two RBI double that brought Elliot and Han home. Next, Ben (11) stroked a RBI single to plate Alexander.

Dodgers reliever Charlie (5) eventually found his groove and struck out three to extinguish the Cubs rebellion.

Cubs reliever Ben (11) mowed down a pair of Dodgers to keep them off the scoreboard in the top of the third.

With two Dodgers on base, Ben got some Gold Glove defensive assistance to record the third out of the inning. Cubs shortstop Elliot hooked up with first baseman Isaiah to turn a nifty 6-3 putout at first.

And it was at this juncture in the proceedings where the Cubs came face to face with their moment with destiny in the bottom of the third.