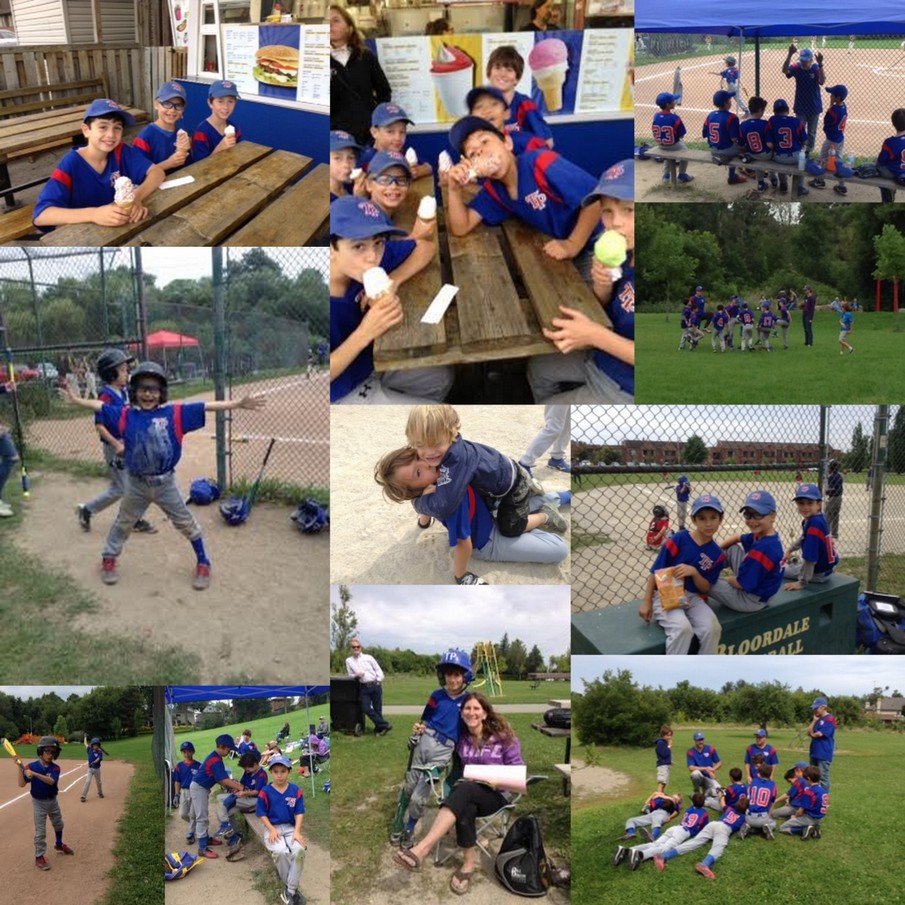 With the loss, Toronto Playgrounds (1-2) was eliminated from further playoff contention under the double knockout playoff formula governing the end of season tournament, whereby a team has to lose two games in order to be eliminated.

TP opened the EBA playoffs with a 39-13 loss to the Royal York Cardinals on Friday evening. However, the Rookie Ball Selects rebounded in grand fashion on Saturday morning to defeat the Annette A’s in a thriller at Neilson Park.

Trailing 11-7 and with their playoff hopes on the ropes, TP rallied for five runs in the bottom of the seventh inning to usurp the A’s 12-11.

The victory propelled TP into a semi-final showdown against top ranked Bloordale at Jeff Healey Park. Despite TP taking an early 5-0 lead in the proceeding, the Bombers bats eventually surged to life and their defense was rock solid the rest of the way as they cruised to a 20-5 win.

In a postgame media interview, TP Rookie Ball Select Head Coach Jason Koskela expressed satisfaction with his team’s overall advancement and achievements during the course of the 2014 season:

“I’m extremely proud of the team.  We had a hard fought and dramatic playoff tournament but Bloordale and Royal York were just too tough to handle in the end.  I think all the players can look back on this season and appreciate all they accomplished as a team and as individuals.  We came a long way from those January indoor practices to the big stage of the playoffs. Every player improved their skills. Every player contributed to our success.  And every player is now a tried and tested competitor.  Congratulations TP!”

The Rookie Ball Selects finished the 2014 EBA Select campaign with an overall 5-8 regular season record. The team also had a successful time at the Lloyd McConnie Rookie Ball Tournament at Etobicoke Valley Park back in July when TP finished with a 1-1-1 record.

The TP Baseball Committee wishes to commend Rookie Ball Select Head Coach Jason Koskela; Assistant Coaches Mark Higgins; Andrew Larsen and Adin Wener for their fortitude and patience in steering these talented Rookie Ball Selects through the highs and lows of the 2014 season.

The Committee also wishes to congratulate all the Rookie Ball Select players, coaches and parents for representing the core values of the Toronto Playgrounds Baseball program with honour, dignity and professionalism on and off the diamond at the tournament and throughout the long season.