IN A STELLAR TEAM EFFORT, THE JAYS TAKE FLIGHT AND GROUND THE O’s TO TAKE THE GOLDEN EGG OF SWEET VICTORY AT CHRISTIE PITS 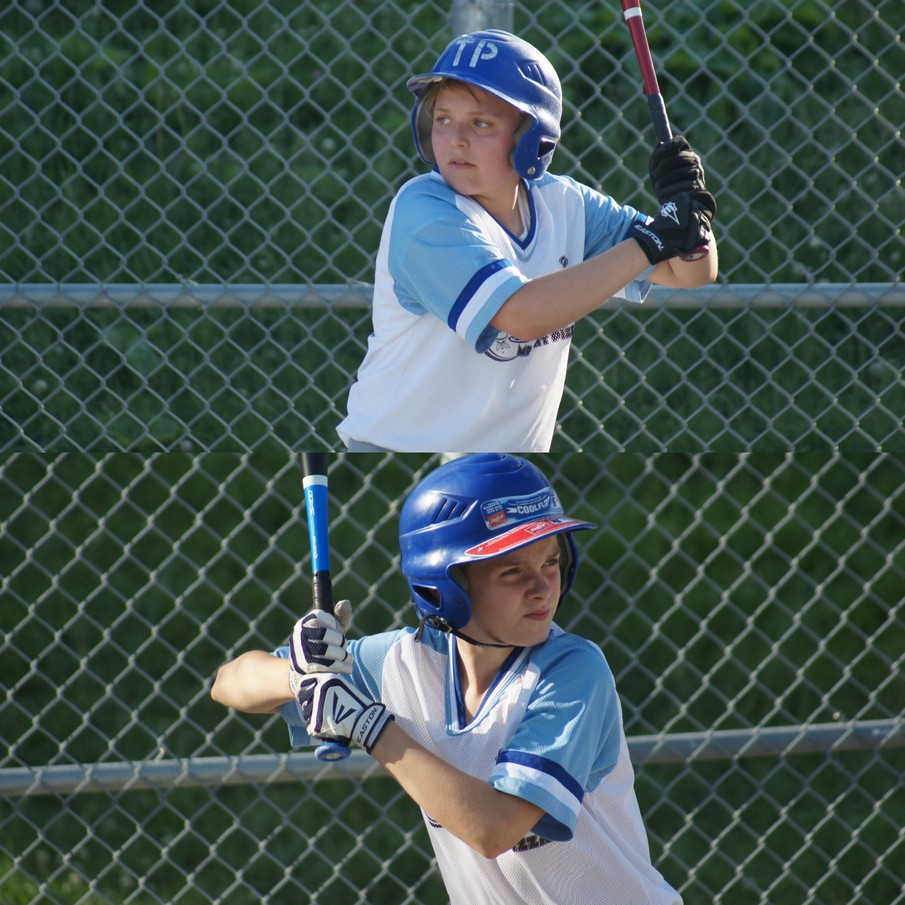 JAYS POWER > Top to bottom: Christian (10) hit a massive home run and Oliver (12) went 3 for 3 at the plate to power the Jays offensive attack against the Orioles.

With stellar performances from the whole team, the Jays downed the Orioles 12-6 in five innings of Peewee Division action this evening at Christie Pits Diamond 2.

Meanwhile, the Jays bats were lively: Christian (10) hit a massive home run, with Oliver going 3-3 with the bat.

When in the field, the Jays fielders were equally effective. Particularly impressive was Connor’s (1) stellar play at first base. While the fielding ‘Play of the Game’ came from Elena (3), who snagged an extremely difficult ground ball at shortstop and then threw a rocket to first to just beat the runner.