DESPITE CLOUDY AND OVERCAST SKIES, NOTHING COULD DAMPEN THE SPIRITS OF THE PLAYERS ON OUR EIGHT ROOKIE BALL DIVISION TEAMS AS THEY ENDED THEIR 2014 SEASON WITH A CELEBRATION DAY TO REMEMBER 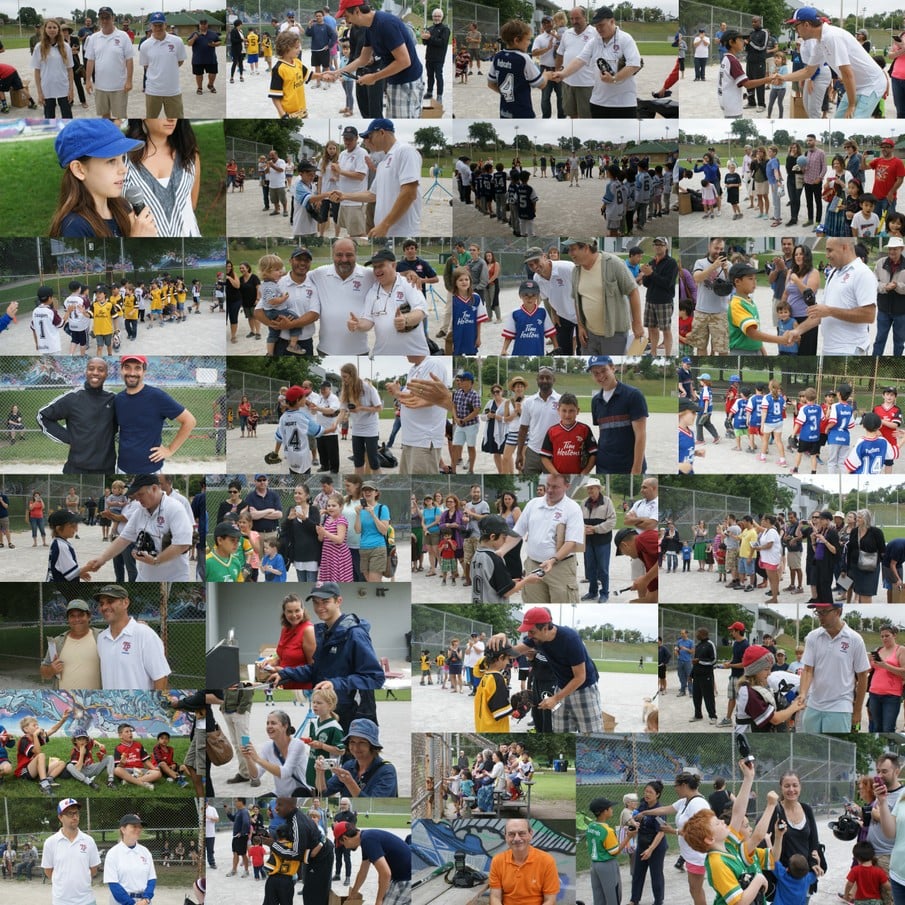 Beneath a canopy of cloudy and overcast skies today at Christie Pits, the eight teams in our Toronto Playgrounds House League Baseball Rookie Ball Division ended their 2014 season with a Celebration Day to remember.

There was a magical crackle and pop in the air as the first of four games commenced at 9:30 a.m. this morning at Christie Pits Diamond 3. The baselines on each diamond were lined with chalk. There were the announcements of each player’s name over the public address sound system before each player’s at bat during the game. The superb hitting and defensive prowess of the players was on display on the diamond. The excited chatter and buzz of the parents, family and friends sitting in the bleacher seats and on the grass. The unmistakable smell of meat and veggie hot dogs grilling on the barbecue. A special trophy and photo presentation to each player after each game concluded.

The TP Baseball Committee would like to thank all the parents who stepped up to the plate during 2014 season to help coach their respective Rookie Ball house league teams. One of the backbones of the TP Baseball organization is its volunteers who go the extra mile to make each season so special for the players that have the love and passion to play ball at Christie Pits and Bickford Park.

The Committee would also like to extend a special thanks to Joel Scott and Avery Perri for volunteering their time in umpiring the numerous Rookie Ball Division games this past season.

And a special thanks also to Steve Smith, Julie Whitfield-Smith, Paul Hum, Joel Scott, Avery Perri and all our of volunteers for making today’s Rookie Ball Celebration Day event and barbecue the success that it was.

We look forward to seeing you back on the field of dreams in 2015.