WITH THE END OF THE TOURNAMENT, THE 2014 TORONTO PLAYGROUNDS HOUSE LEAGUE BASEBALL SEASON COMES TO A CLOSE 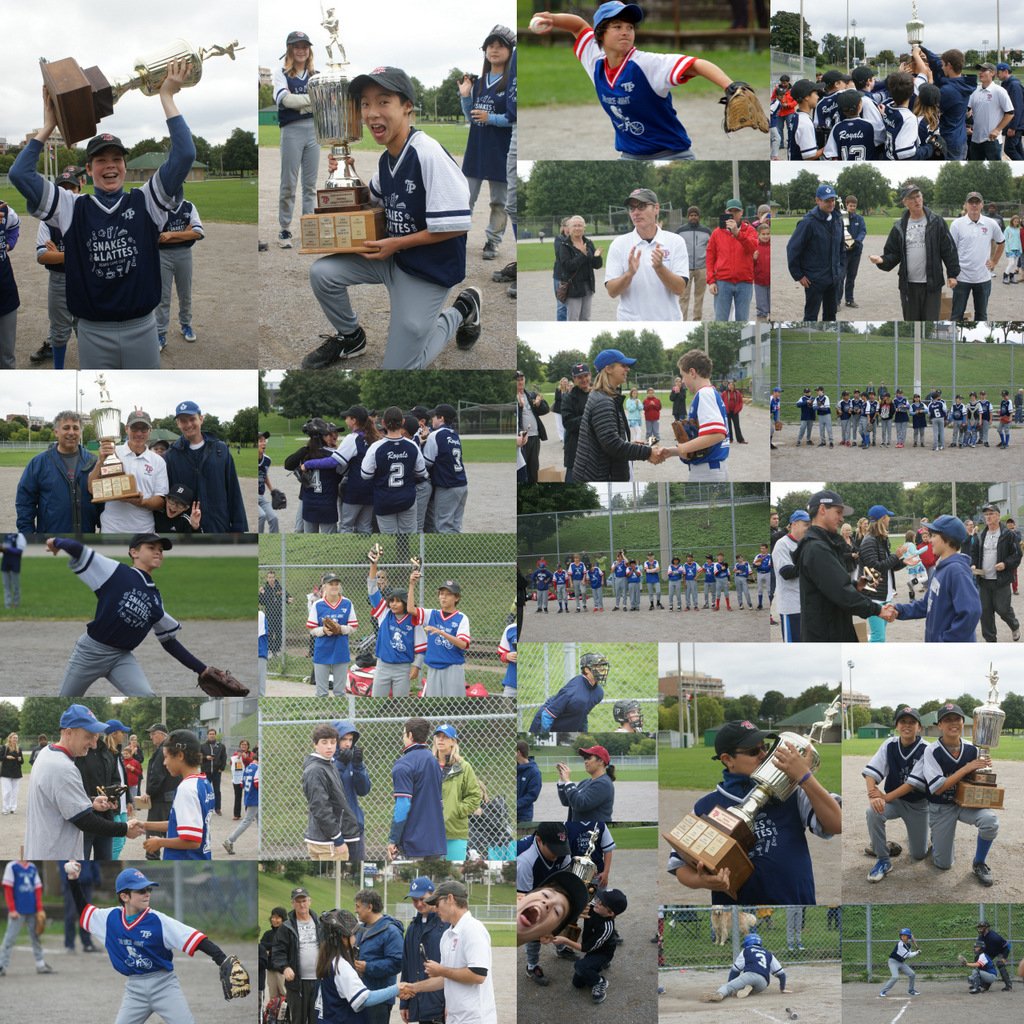 With the completion of our last “September Madness’ tournament game this morning, the 2014 Toronto Playgrounds House League Baseball Season officially comes to a close.

Despite some overcast and cooler weather, we were able to play our postponed Peewee Division Championship Game on Day 10 of the tournament. It was a great way to wrap up the tourney and another great season of baseball down at Christie Pits and Bickford Park.

The TP Baseball Committee would like to thank all the parents and players who registered with our program this season. We’re glad that you came along for the ride and we sincerely hope that you had a fun and rewarding experience on the field of dreams.

Our sincerest thanks go out to the numerous volunteers who stepped up during the 2014 season to coach, umpire, scorekeep, move equipment, distribute uniforms, barbecue, etc. The TP Baseball Program would not be the stellar jewel that it is in the community without the assistance of those who live within it.

The TP Baseball Website would like to thank all the coaches and parents who took the time to email, text, and send in pictures and reports from their games during the course of a long season. Your contribution was sincerely valued by the Committee as it allowed us to enrich the content and the overall experience of the website enormously.

As we head into the off-season, Players and Parents are advised to check back every so often for updates concerning registration for the 2015 house league season; information concerning winter tryouts for the 2015 TP Select Team; and the date, time and place of our  2014 TP Baseball annual general meeting and awards ceremony.

‘September Madness’ is over. We hope to see you all back in 2015 for another great season of TP Baseball.