OUR THIRD SESSION OF SATURDAY INDOOR TRYOUT SESSIONS CONTINUES AT THE HARBORD COLLEGIATE INSTITUTE GYMNASIUM TO FILL THE ROSTER SPOTS ON OUR ROOKIE BALL (2006-2007), MOSQUITO (2004-2005) AND PEEWEE (2002-2003) SELECT TEAMS 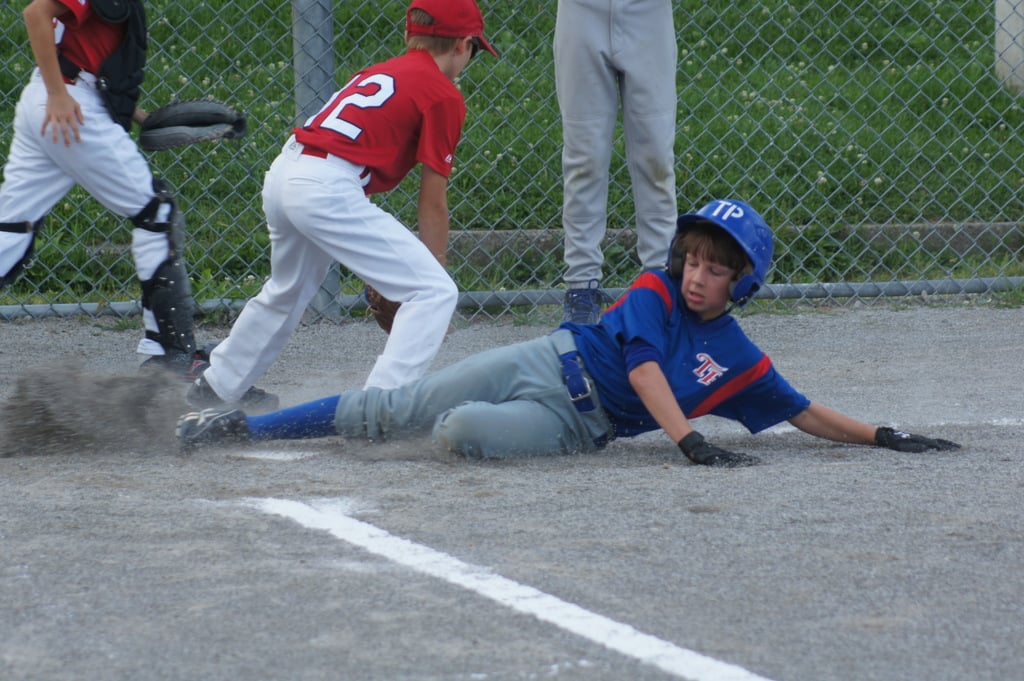 GRAND THEFT > With both Royal York Cardinals catcher Troy (33) and pitcher Matthew (12) attempting to locate the baseball on a wild pitch, TP Mosquito Select leadoff batter Jake (30) seizes the moment by sliding home safely from third base during the first inning of an EBA Select game at Christie Pits Diamond 2 on July 13, 2014.

The TP Baseball Committee has finalized the schedule for its third session of indoor tryouts to fill the positions on its respective Toronto Playgrounds Select Teams for the upcoming 2015 season.