OUR FOURTH SESSION OF SATURDAY INDOOR TRYOUT SESSIONS CONTINUES AT THE HARBORD COLLEGIATE INSTITUTE GYMNASIUM TO FILL THE ROSTER SPOTS ON OUR ROOKIE BALL (2006-2007), MOSQUITO (2004-2005) AND PEEWEE (2002-2003) SELECT TEAMS 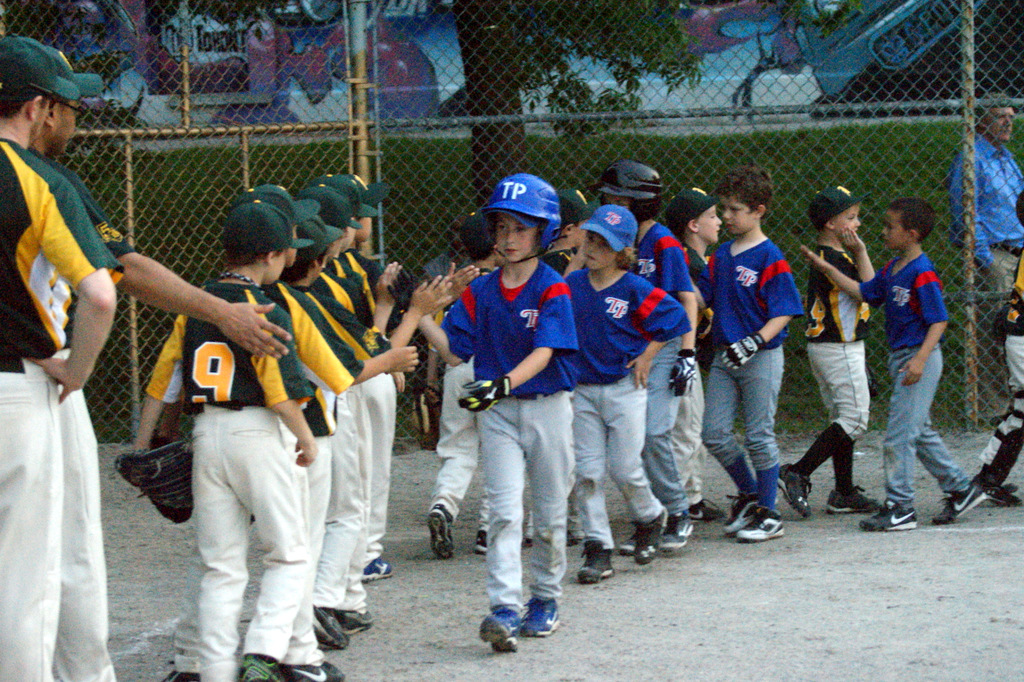 In a postgame tradition of good sportsmanship, the Toronto Playgrounds Rookie Ball Selects and Bloordale Bombers congratulate one another on a great game at Christie Pits Diamond 3 on May 27, 2014.

The TP Baseball Committee has finalized the schedule for its fourth session of indoor tryouts to fill the positions on its respective Toronto Playgrounds Select Teams for the upcoming 2015 season.