DECISION CONCERNING THE FIFTH SESSION OF SATURDAY INDOOR TRYOUT SESSIONS AT HARBORD COLLEGIATE INSTITUTE TO FILL THE ROSTER SPOTS ON OUR ROOKIE BALL (2006-2007), MOSQUITO (2004-2005) AND PEEWEE (2002-2003) SELECT TEAMS TO BE FINALIZED BY TUESDAY, FEBRUARY 10 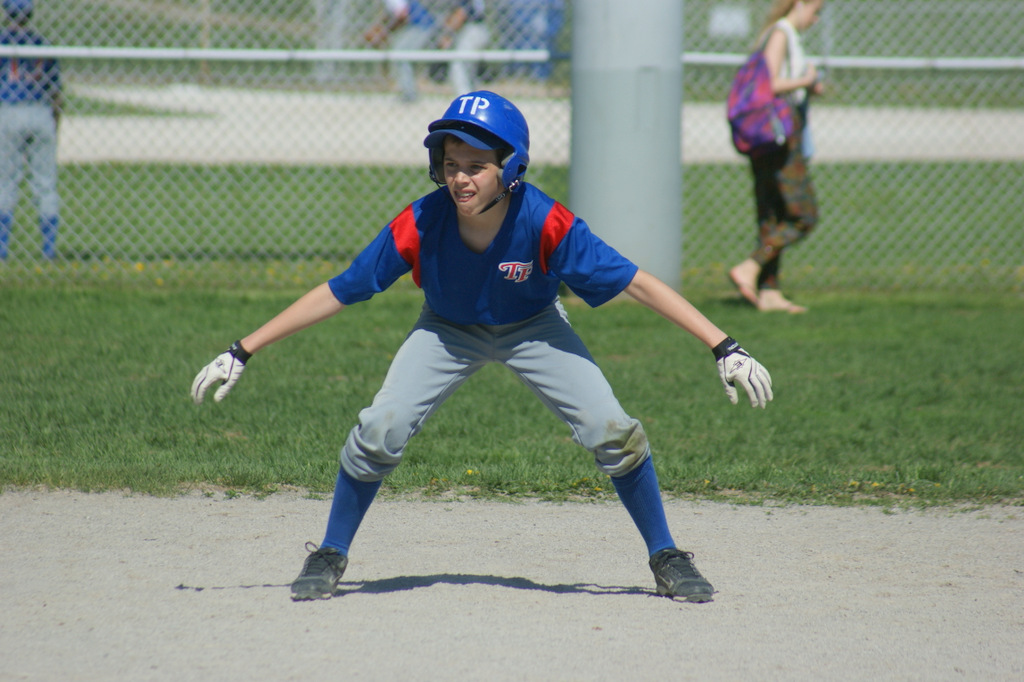 Cam (77) of the TP Major Peewee Selects takes a big lead off at second base in the bottom of the first inning during an EBA Select game against the Martingrove White Sox at Christie Pits Diamond 2 on May 24, 2014.

The Toronto Playgrounds Baseball Committee is in the process of finalizing the TP Select Team Tryout Schedule for Saturday, February 14 at Harbord Collegiate Institute.

Although the fifth session of indoor tryouts to fill the roster positions on our respective Rookie Ball (2006-2007), Mosquito (2004-2005) and Peewee (2002-2003) Select teams falls on the Family Day long weekend, the Committee feels that it’s important to hold the Valentine’s Day tryout sessions in order to give all players every opportunity to participate in a minimum of three tryout sessions in order to be considered for selection to the Select team. The Select Team rosters will be chosen by the coaches by mid-March.

The Committee is currently in discussions with its respective Select Team coaches concerning the schedule for the tryout sessions on February 14.

A final decision regarding the TP Select Team Tryout Schedule for next Saturday will be finalized before the end of Tuesday, February 10. Please check back for updates via our Twitter feed (@TPbaseballnews) or website.