OUR SIXTH SESSION OF SATURDAY INDOOR TRYOUT SESSIONS CONTINUES AT THE HARBORD COLLEGIATE INSTITUTE GYMNASIUM TO FILL THE ROSTER SPOTS ON OUR ROOKIE BALL (2006-2007), MOSQUITO (2004-2005) AND PEEWEE (2002-2003) SELECT TEAMS 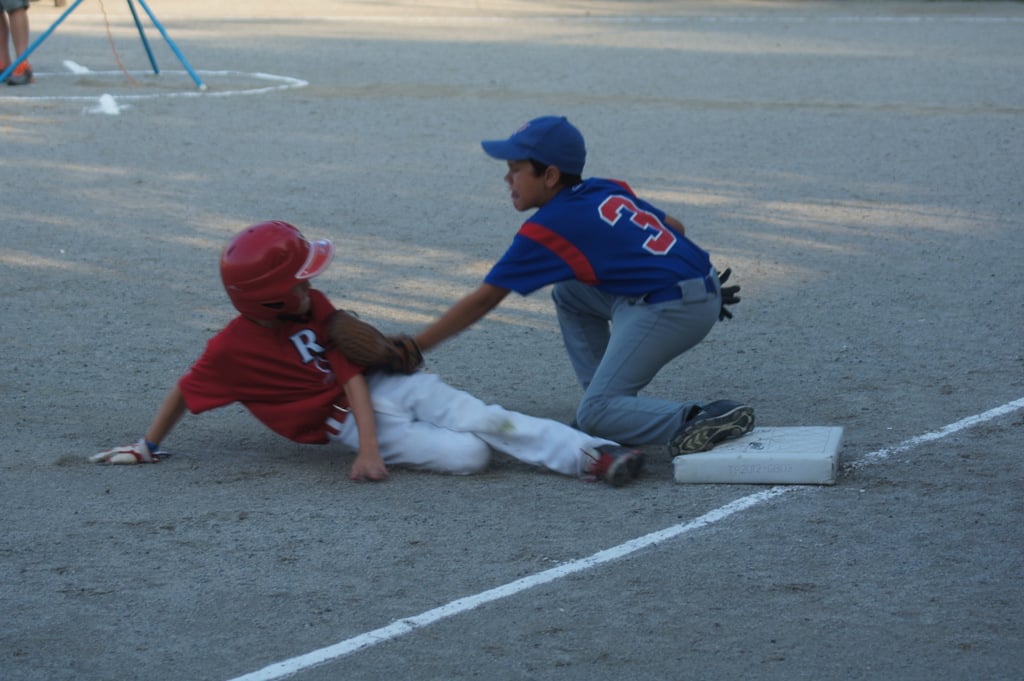 D.O.A. > TP Rookie Ball Select third baseman Vincent (3) takes the relay throw from second baseman Dexter (10) [who took the initial throw from centre fielder Lewis (13)] and applies the tag on a sliding Drew (91) of the Royal York Cardinals to complete an 8-4-5 putout during the second inning of an EBA Select game at Christie Pits Diamond 3 on August 12, 2014.

The TP Baseball Committee has finalized the schedule for its sixth session of indoor tryouts to fill the positions on its respective Toronto Playgrounds Select Teams for the upcoming 2015 season.

Players wishing to participate in these indoor Select Team sessions must be registered in our house league baseball program. The Select Team Tryouts will run for a nine week duration from January 17 to March 14. With only four tryout opportunities remaining, Players must participate in a minimum of three tryout sessions in order to be considered for selection to the Select team. The Select Team rosters will be chosen by the coaches by mid-March.