WITH OUR ‘WEDNESDAY’ ROOKIE BALL PROGRAM NOW FULL FOR THE 2015 HOUSE LEAGUE SEASON, A WAITING LIST IS NOW IN EFFECT FOR THOSE WHO STILL WISH TO SIGN UP FOR THAT DAY; OPENINGS ARE STILL AVAILABLE IN OUR ‘MONDAY’ ROOKIE BALL DIVISION 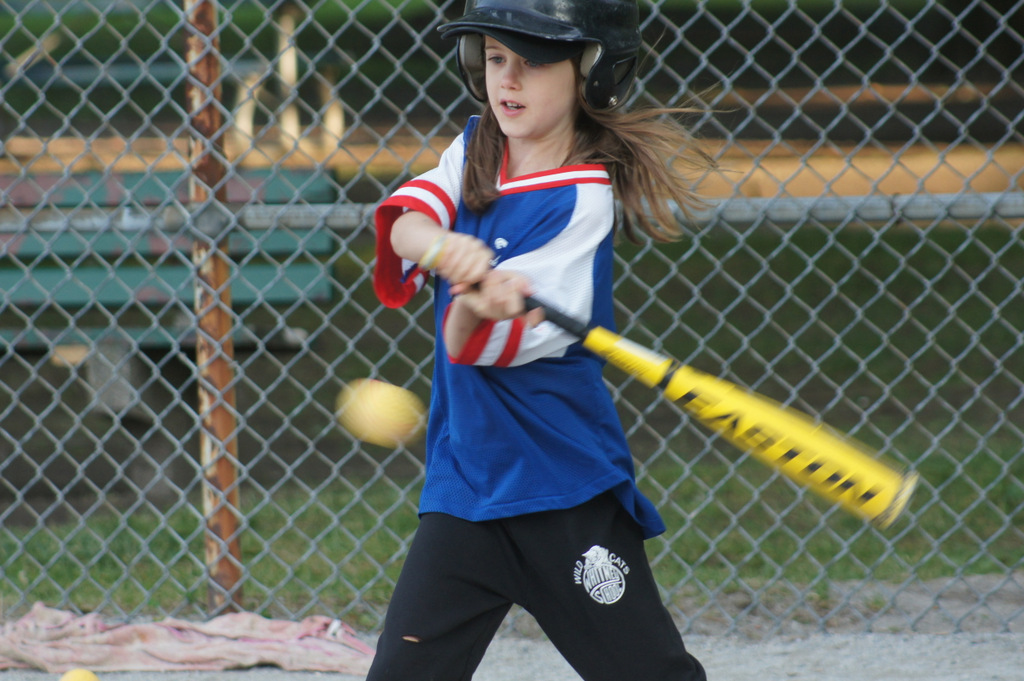 Jessica (6) of the Panthers takes a mighty swing during the second inning of a Rookie Ball Division game against the Cougars at Christie Pits Diamond 3 on July 28, 2014.

In a registration update released this afternoon, the Toronto Playgrounds Baseball Committee has announced that all available roster openings have been filled in our ‘Wednesday’ Rookie Ball Division (2006-2007) for the upcoming 2015 House League Baseball season.

Effective immediately, any additional registrants who are still interested in signing up for our ‘Wednesday’ Rookie Ball Division will be put on a sequential waiting list in the event that a roster opening becomes available.

Parents and Players who are interested in our Rookie Ball program are advised that we currently still have roster openings available in our ‘Monday’ Rookie Ball Division.