BENEATH PICTURESQUE BLUE AND SUNNY SKIES AT CHRISTIE PITS, PLAYERS & PARENTS CAME OUT TO CELEBRATE THE BEGINNING OF THE 2015 TORONTO PLAYGROUNDS HOUSE LEAGUE BASEBALL SEASON 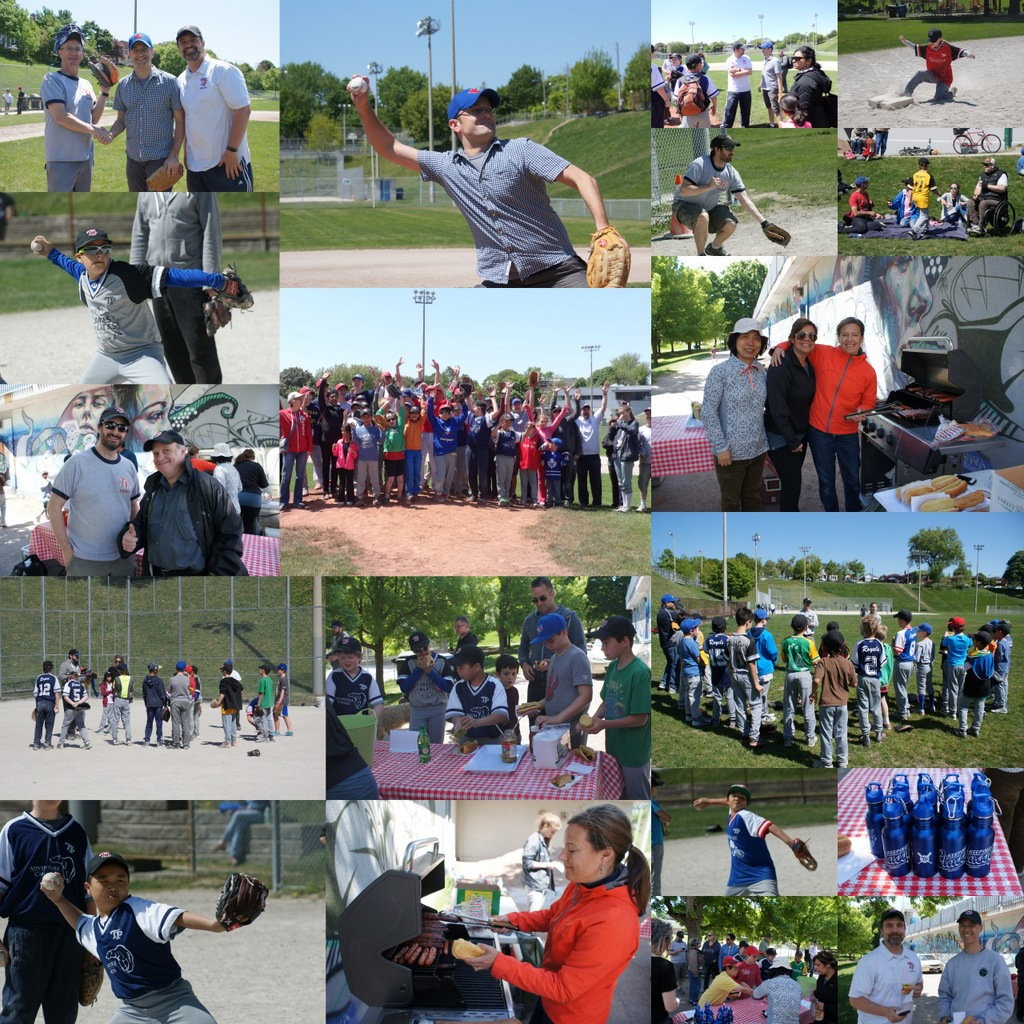 Photos from the 2015 Toronto Playgrounds House League Baseball Season Opening Event at Christie Pits on May 23, 2015.

The verdict: Another grand slam success!

Many players registered with our House League Baseball program came out in large numbers to participate in the skills clinics that were scheduled.

Players from our respective Mosquito and Peewee divisions participated in an hour long Sliding Clinic early this morning at Christie Pits Diamond 3. Under the tutelage of TP Baseball umpires Rory Newton and Sadie Whitfield-Smith, players learned the fine art of executing a safe and effective slide into a base or home plate

A large contingent of players in our Mosquito and Peewee Divisions also took part in the Pitching Clinic held at Diamond 2. The pitching session was supervised by veteran TP Baseball Coach Alex Beauvais, with assistance from coaches Bill Evans, Tracy Franklin and Jeff Kolyn. Players were given hands on instruction on proper pitching mechanics and pick off moves.

A special ceremony was also held at Dominico Field at Christie Pits, to celebrate the start of our 2015 season.

To inaugurate the start of our House League Season, Toronto City Councillor Mike Layton (Trinity-Spadina) was on hand as our honoured dignitary to throw out the ceremonial first pitch to our TP Baseball Coordinator Steve Smith, who was the catcher behind home plate.

Attendees also participated in a group photo at Dominico Field to commemorate the special occasion .

Additionally, parents and players in attendance also enjoyed the hot dogs, veggie dogs, fruit and drinks that were served up in our scrumptious TP Barbecue Zone by grill master extraordinaire Carolyn Murphy. Carolyn was assisted at the barbecue by dressed to grill volunteers Vanda Lopes, Amanda Kent and Hua Tang.