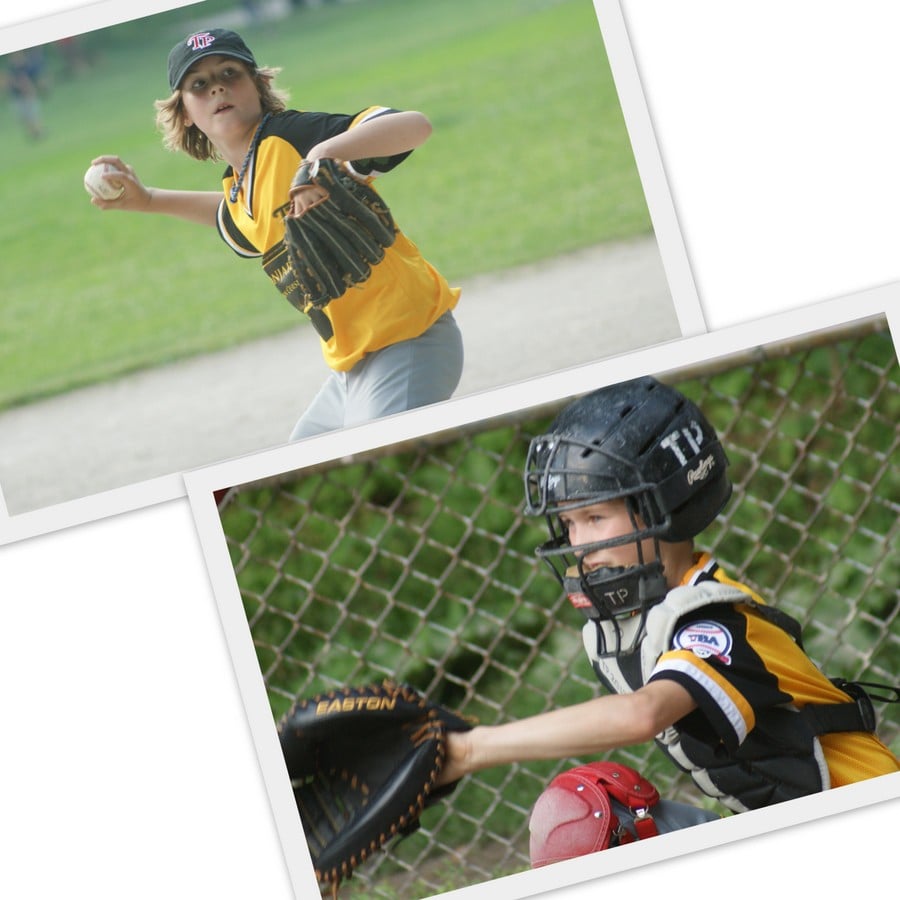 Top to bottom: Pirates starting pitcher Adam (14) struck out two Cubs in the first inning; Pirates catcher Nathan (4) threw out a Cubs baserunner attempting to steal third in the first

Beneath extremely hot and humid skies this evening at Christie Pits Diamond 2, the Cubs topped the Pirates 10-8 in four innings of Mosquito Division action.

Great effort by all on a scorcher of a night!