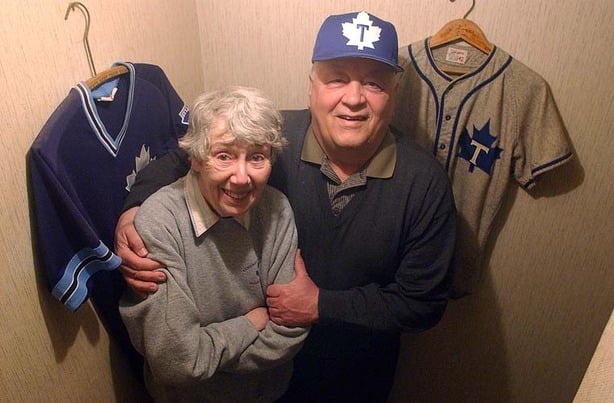 A special ceremony is scheduled for tomorrow to rename Christie Pits Diamond # 1 in honour of the Dominico’s contributions to the City of Toronto and the community that surrounds it.

The Dominico Field at Christie Pits ceremony will take place at 1:30 p.m. (Sunday, May 9) before the scheduled Intercounty Baseball League game between the Toronto Maple Leafs and the Guelph Royals. (Diamond # 1/Dominico Field is located in the northeast corner of Christie Pits.)

Jack and Lynne Dominico’s ownership of the Intercounty Baseball League Toronto Maple Leafs for the past 40 years and their presence at Christie Pits has contributed to the growth of a vibrant neighbourhood and a beautiful park. (Lynne passed away in 2008.)

It goes without saying that Jack Dominico has always given the Toronto Playgrounds Baseball Program immense support for many years in the realm of youth baseball.

The TP Baseball Committee strongly encourages as many players, parents and coaches of the TP House League Family to show up at Sunday’s ceremony and  game to honour the Dominico’s generous contributions to not only the game of baseball itself but also to life in the Christie Pits community as well.