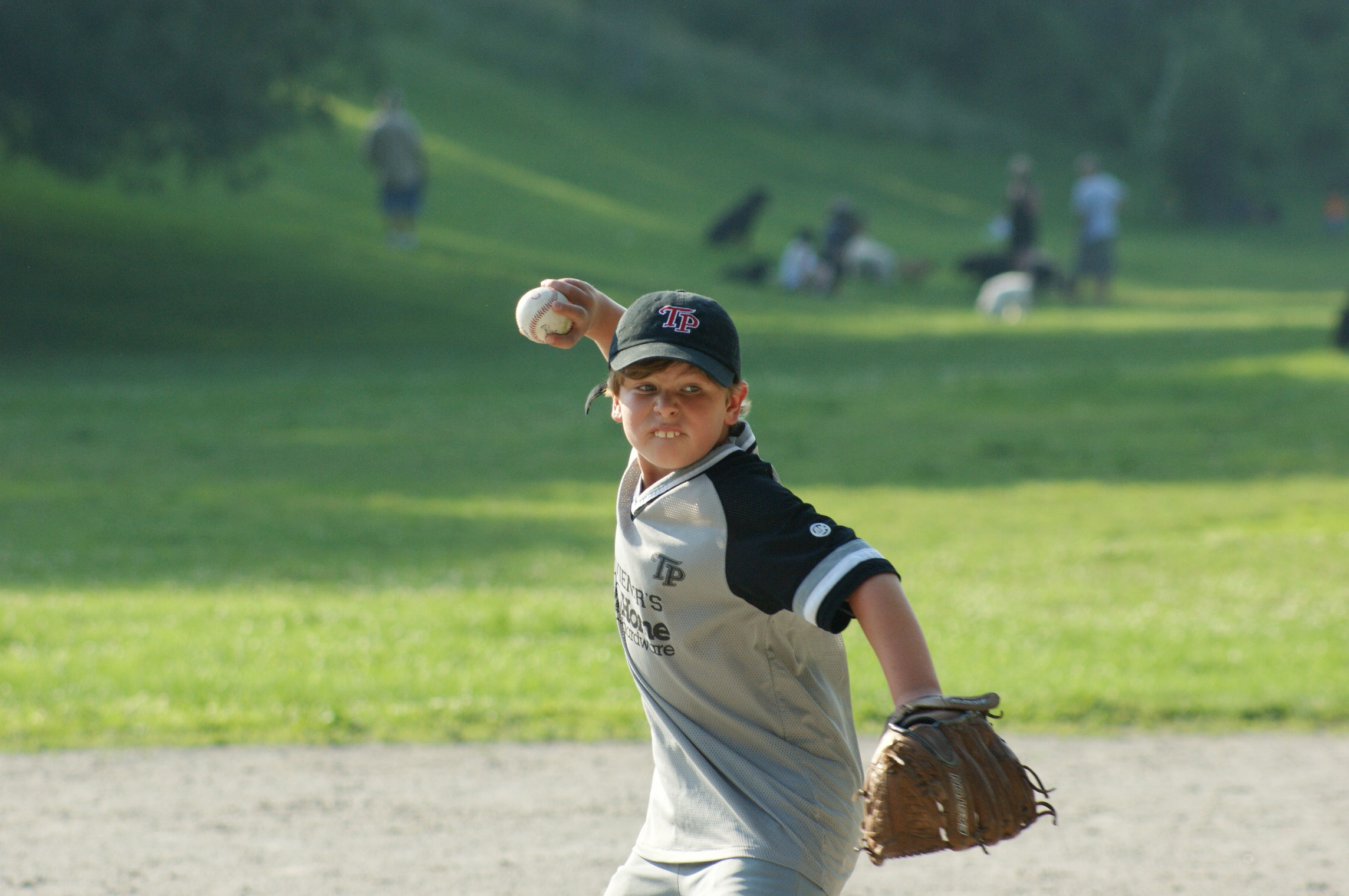 Bennett (5) of the Giants strikes out three Cardinals batters in the top of the second inning at Bickford South. 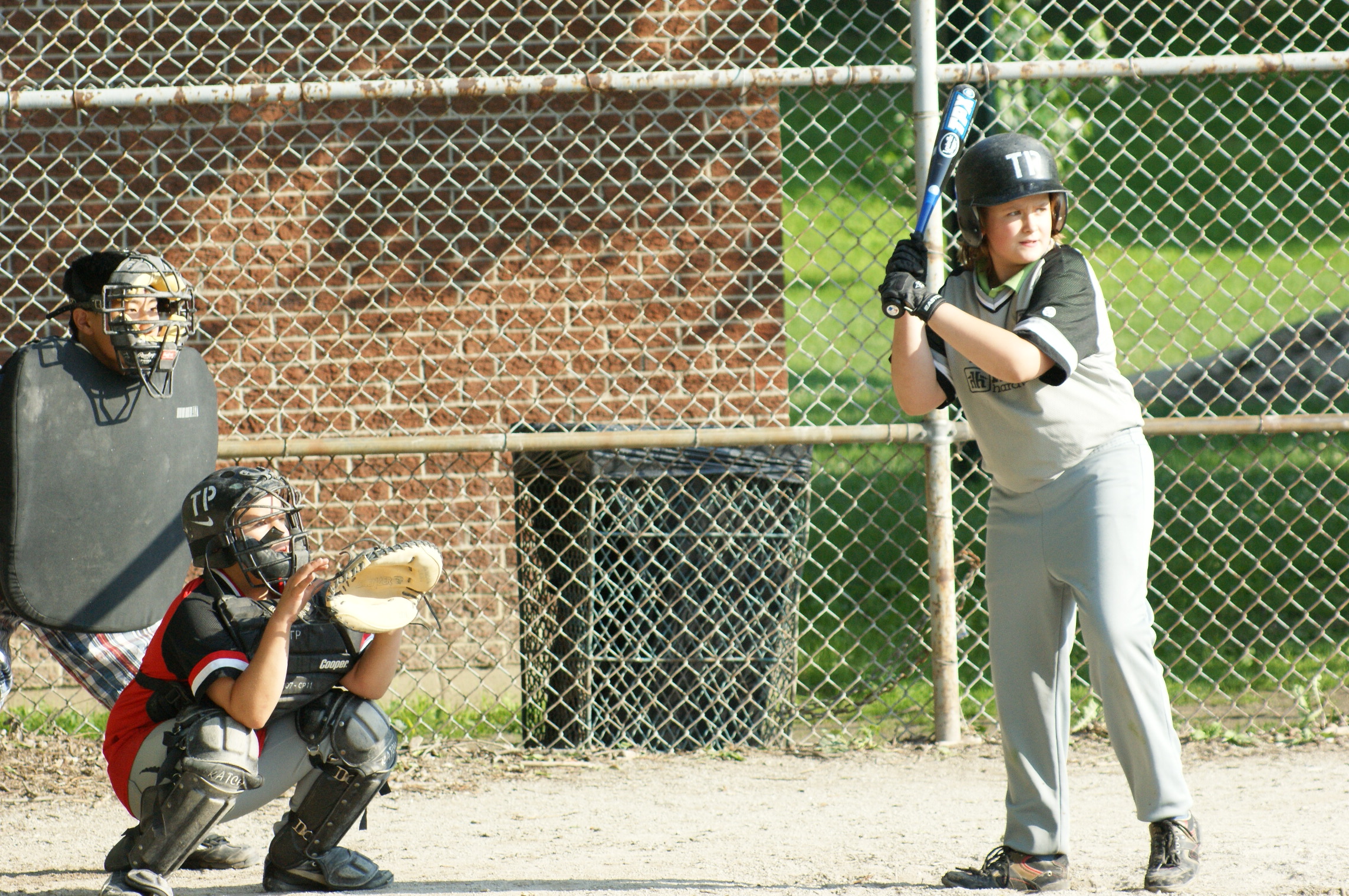 Malcolm (12) of the Giants at bat in bottom of the first inning.

It was a beautiful day for the three scheduled Mosquito Division games today.

The Giants muscled their way to a 12-8 victory over the Cardinals in four innings of play at Bickford South.

At Diamond #2, the Lizzies rallied from a three run deficit to edge the Cubs 10-9 in four innings of play. The game ended with a three player collision at first base. Our TP cub reporter says that the players involved were only shaken up and there were no serious injuries.

The Dodgers rallied to defeat the Pirates 9-7 in three and a half innings of play at Diamond # 3.