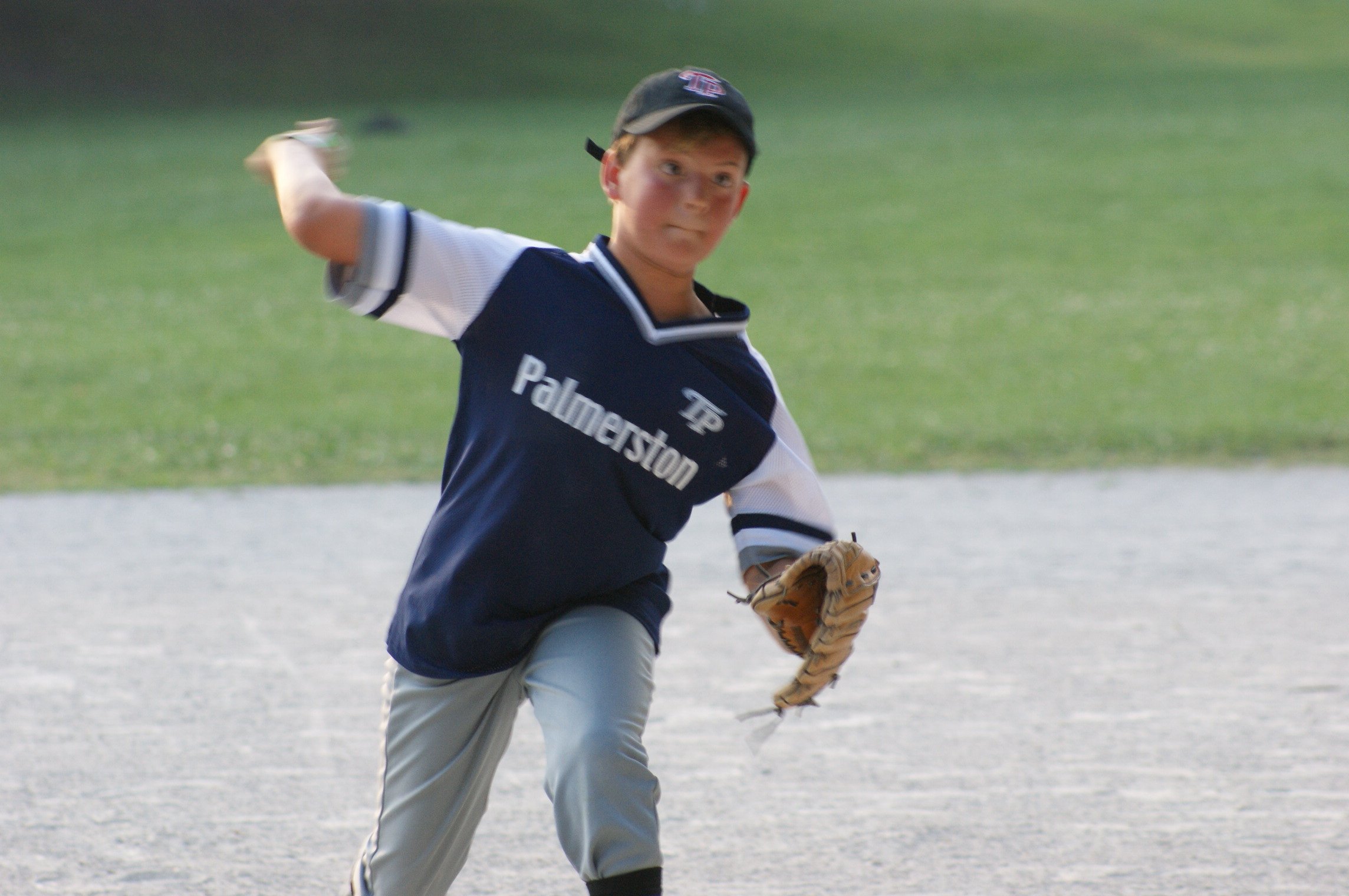 Noah (15) of the Cubs closes the door on the Giants in the top of the fourth inning at Bickford North.

The Cubs defeated the Giants 9-6 in three and a half innings of play at Bickford North.

Please click here to view more pictures from the Cubs and Giants game.

On Diamond # 3, the Lizzies rallied in the top of the third inning to usurp the Dodgers 8-7. The Lizzies comeback was sparked by a bases loaded triple to deep left centre field by Ben G. (6) of the Lizzies. His amazin’ hit cleared the bases and brought home three runs to put the Lizzies on top for good. Our TP Cub Reporter says Ben’s clutch hit brought the fans and his teammates to their feet in celebration.

Over on Diamond # 2, the Pirates outslugged the Cardinals 13-12 in three innings of play.