TEN VERSUS TEN! From left to right: Iain (10) of the Lizzies faces off against Parsa (10) of the Cubs in the fourth inning at Bickford South.

It was raining runs at Christie Pits and Bickford Park as regular season play continued on three diamonds in the Mosquito Division.

The Cubs outslugged the Lizzies 15-9 in four innings of play at Bickford South. The Cubs pitching staff neutralized the potent Lizzies batting order during the course of the game when it mattered the most. Also, the Cubs batters were able to convert the vast majority of their scoring opportunities to take an eight run lead into the bottom of the fouth inning. It was a lead that the Lizzies were unable to rally from.

Please click on the CUBS or LIZZIES to view more pictures from this Peewee Division game. 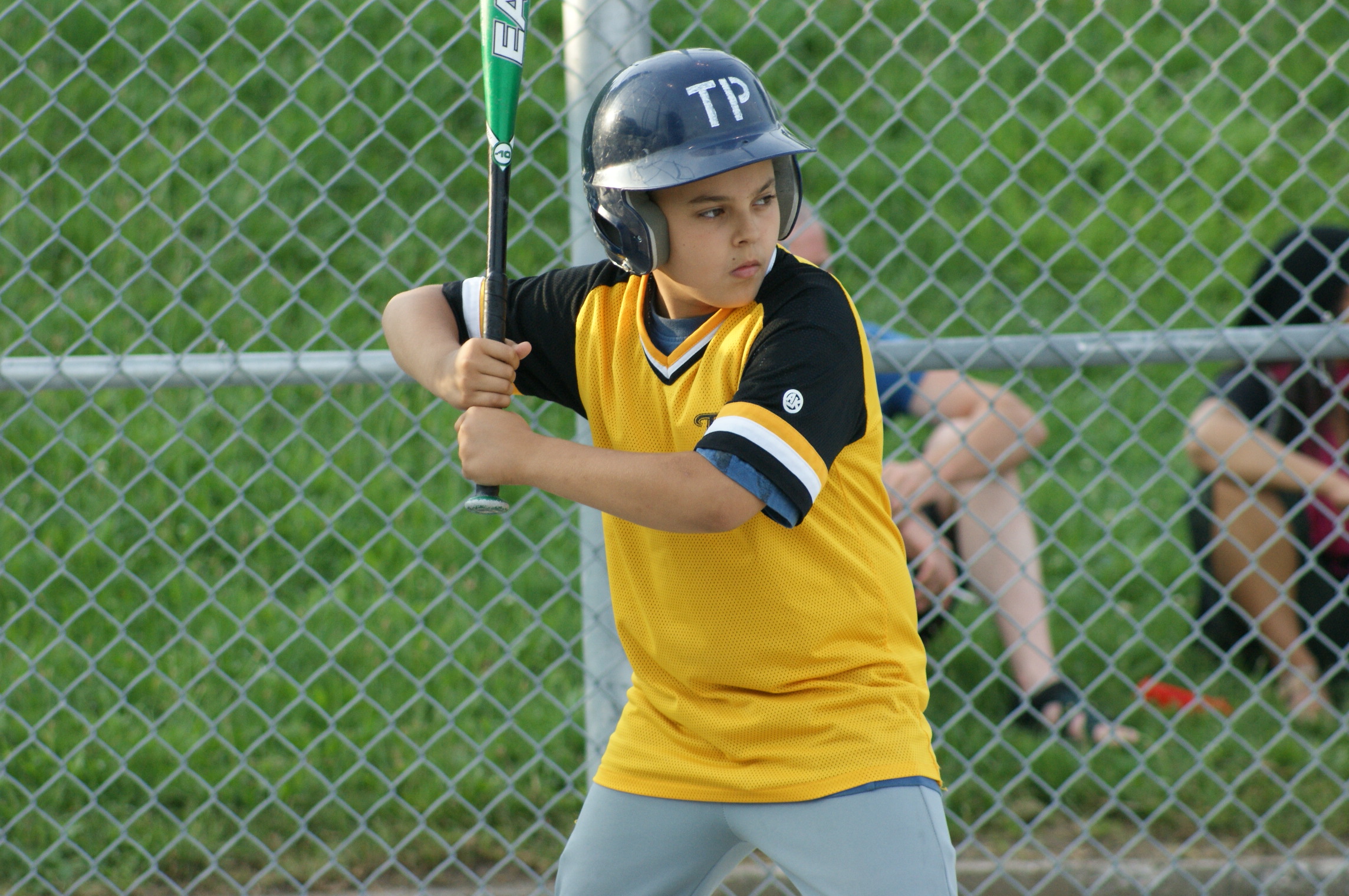 In a thriller on Diamond # 3, the Pirates edged the Dodgers 9-8 in three innings of play.

With the bases loaded and the score tied 8-8, Ciaran (9) of the Pirates stole home with the winning run with two outs in the bottom of the third.

Our TP Cub Reporter twittered that the exciting play by Ciaran brought his teammates and the fans in attendance to their feet in jubilation.

On Diamond # 2, the Cardinals defeated the Giants 11-8 in three innings of play.