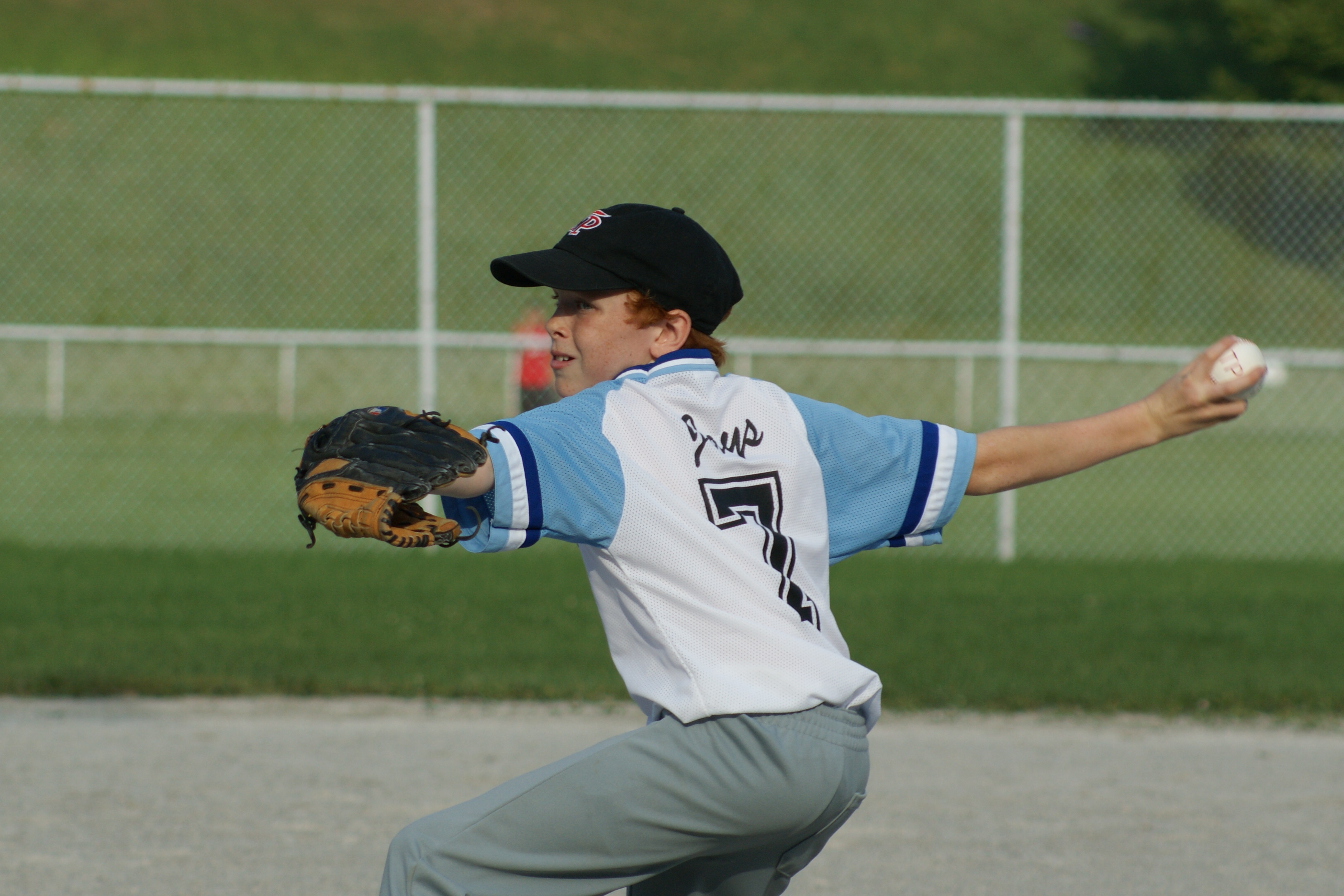 Cameron (7) of the Jays strikes out one Lizzies batter and allows no runs in the top of the first inning.

The Jays used a potent elixir of strong pitching and opportunistic offense to throttle an undermanned Lizzies squad 9-1 in three and a half innings of play at Diamond # 2.

With their pitching holding the Lizzies offense in neutral, the Jays batters took advantage of some shaky Lizzies pitching and built up an 9-0 lead after three innings. It was a lead that was too insurmountable for the Lizzies to rally back from.

Please click on either the JAYS or LIZZIES to view more pictures from this Peewee Division game.

PHOTO BONUS: Please click here to view a special sequential photo collage of a “Pitcher in Motion” taken at this Peewee Division game involving the Jays and Lizzies.

On Diamond # 3, the Yankees trumped the Red Sox 10-5 in four innings of play.