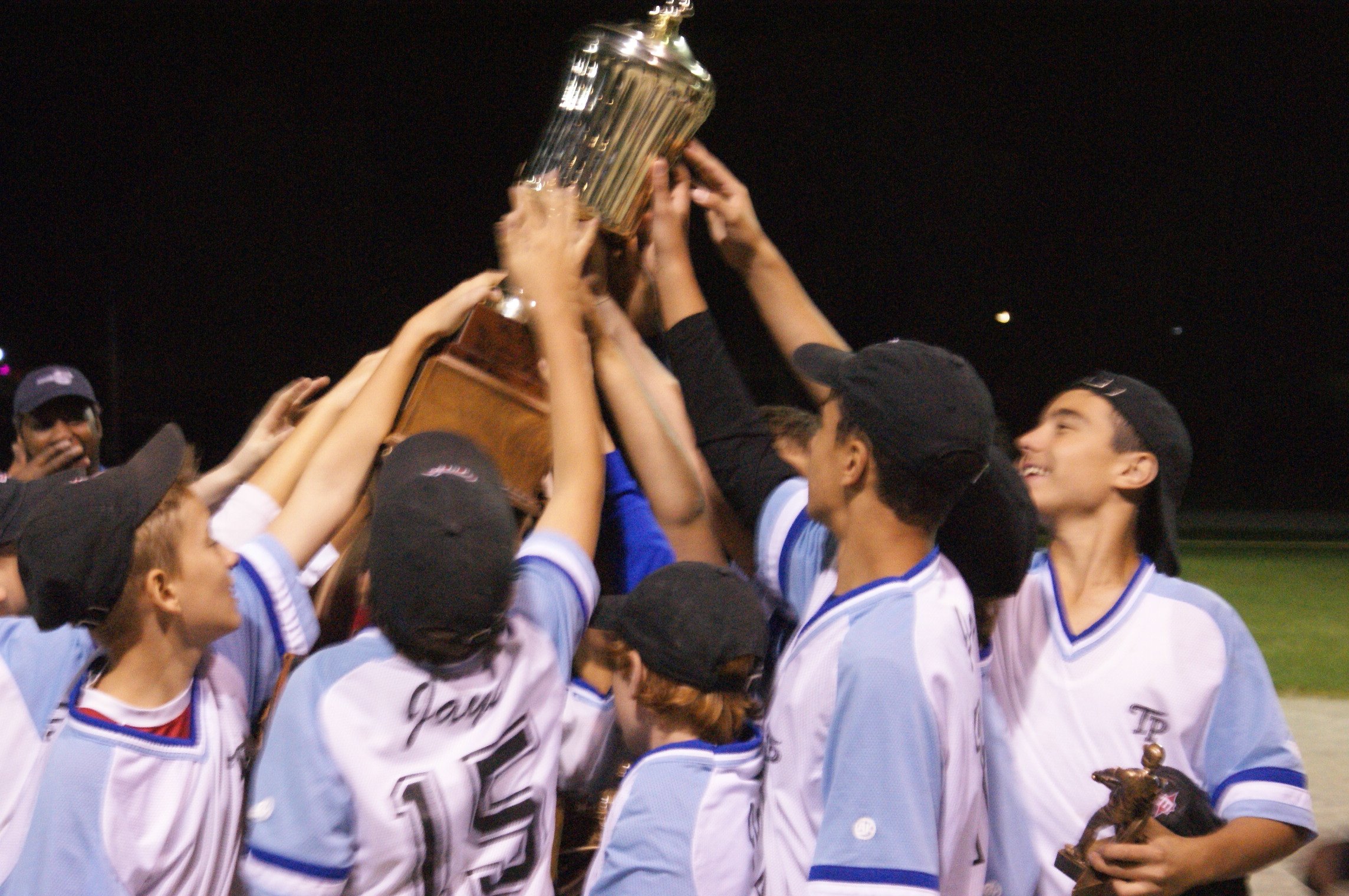 It took an extra inning before the Jays scored four runs in the top of the seventh inning to defeat the Red Sox 12-8 to win the TP Peewee Championship at Diamond # 2 tonight.

In a marvellous and well played game by both teams, the Jays and Red Sox battled each other tooth and nail for seven gripping innings. Runs were at a premium as both teams were tied 3-3 after three innings.

Eventually, the Jays offense chipped away at the Beantowners and built an 8-5 lead after five and a half innings of play. However, the never say die Red Sox rallied back with three runs in the bottom of the sixth to tie the game 8-8 to force an extra inning.

In the top of the seventh, the potent Jays offense made the most of their opportunities as they sent eight batters to the plate to score four runs to take a 12-8 lead. It was a lead the Jays would not surrender as Kane (1) closed the door on any Red Sox comeback.

Congratulations to Jays Head Coach Jerry Langton and his assistants (Fly D’Abreau; Greg Brown and Peter Dorton) for volunteering their time and energy in guiding the team to a much deserved Peewee Championship victory.